Zimbabwe lost in thrilling match, Bangladesh beat them by 3 runs 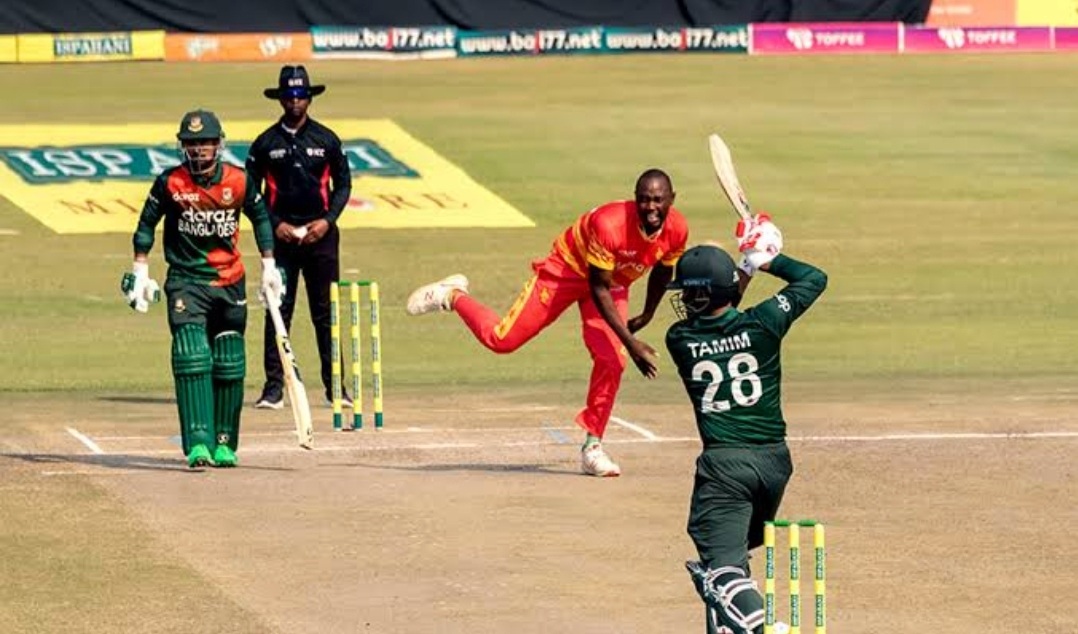 Bangladesh beat Zimbabwe by 3 runs in the 28th match of T20I World Cup. The match was played between Bangladesh and Zimbabwe at the Gabba ground in Brisbane. In this match, Bangladesh captain Shakib Al Hasan won the toss and decided to bat first.

Batting first, Bangladesh scored 150 runs for the loss of 7 wickets in the allotted over. Najmul played the highest innings of 71 runs for Bangladesh. Muzarbani and Nagarva took 2 wickets each for Zimbabwe.

Batting first, Bangladesh scored 150 runs for the loss of 7 wickets on the basis of 71 runs by Najmul Hossain and set a target of 151 runs in front of Zimbabwe.

Earlier Bangladesh won the toss and decided to bat first. Bangladesh did not have a good start and lost their first wicket at the score of only 10. Soumya Sarkar became a victim of punishment without scoring any runs.

Soon the team got a second blow when Litton Das became the second victim of the personal score of 14 runs. Najmul and Shakib shared a good 54-run partnership for the third wicket but Shakib was dismissed for 84. He was walked by Sean Williams on a personal score of 23 runs.

It is a do-or-die match for Bangladesh as they are currently at number four in the points table with 2 points while Zimbabwe’s spirits are boosted by a thrilling 1-run win over Pakistan and they have the first time to reach the semi-finals. have a chance. At present, Zimbabwe’s team is at number three after India and South Africa with 3 points.

Looking at the performance, it was seemed to be like Zimbabwe is winning but Bangladesh turned their game seems.

The way Zimbabwe defended the small score of 130 runs against Pakistan, the morale of the team had increased but result was in hand of Bangladesh at the end.

Bangladesh is strong team in head to head

Talking about the head to head matches between the two countries, Bangladesh has the upper hand. Both the teams have now met 19 times in level T20I cricket out of which Bangladesh has won 12 times while Zimbabwe has won only 7 times. But the recent performance is the opposite.