David Warner clashed with his teammate during the Big Bash League, pushed Matthew Wade in the live match 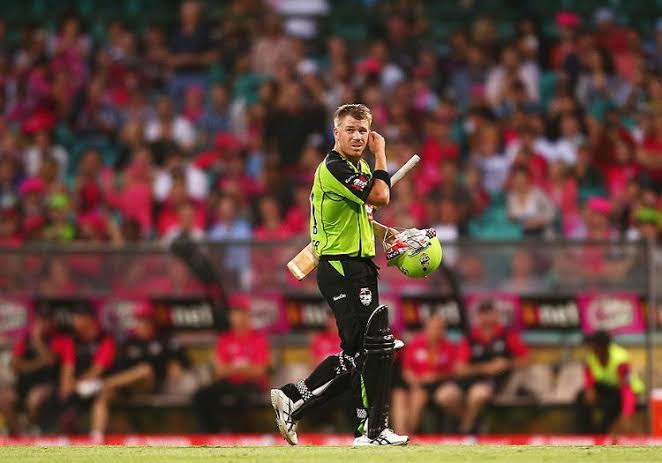 The recently concluded Test series between South Africa and Australia came to and end with Australia win with 2-0. After this victory, Australia’s big star players went on to play in the Big Bash League.

Let us tell you that the 39th match of the Big Bash League was played between Sydney Thunders and Perth Scorchers (Hobart Hurricane and Sydney Thunder).

An incident was seen in this match, in which there was a clash between Sydney Thunder captain David Warner and Matthew Wade. Actually, a video is going viral on social media, in which Warner was seen pushing Wade.

In fact, during the drinks break after the end of the 10th over, there was a scuffle between Matthew Wade and Chris Green. During this, Tim David of Hurricane was seen pulling him away from Wade. This happened at the start of the over, with Wade attempting to change his batting stance when Green moved to the crease to bowl, leading to a heated argument between the two.

During this, the ex-Australian Carry O Caffe players doing the commentary look very disappointed to see the players fighting with each other.

He said, “It is unfair. I don’t know what happened between them. But they have always been friends. It didn’t sound like a joke. You can’t do it like this. I don’t know if he’s even joking. His body language is not indicating this. something must have happened”