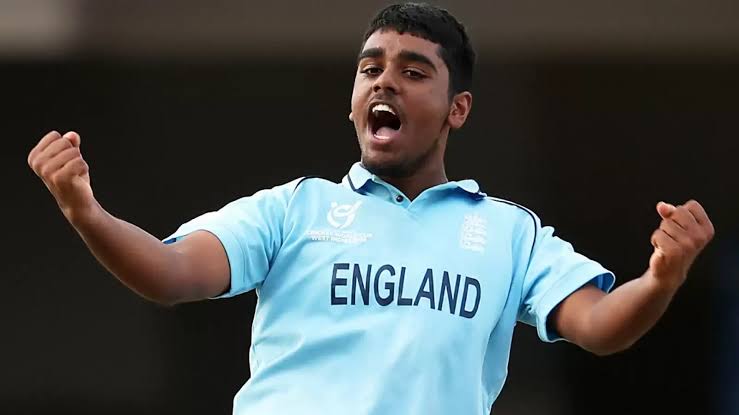 Rehan Ahmed, who made his debut in the Karachi Test against Pakistan, has done wonders in his very first match.

Leg-spinner Rehan has done the feat of taking five wickets in the debut match against Pakistan.

At the age of 18 years and 126 days, Rehan became the youngest bowler in Test history to take a five-wicket haul on debut. The leg-spinner broke Pat Cummins’ record when he claimed his fifth wicket on the third day of the Karachi Test.

Babar Azam and Saud Shakeel were putting together a good partnership for Pakistan when Rehan took the wickets of Azam, Mohammad Rizwan and Shakeel to put England in a firm lead in six overs.

Babar Azam and Saud Shakeel were building a good partnership for the fourth wicket when Rehan broke the partnership by dismissing Babar. Within 6 overs, he strengthened the position of the England team by taking the wickets of Babar, Mohammad Rizwan and Saud Shakeel.

Apart from these three wickets, Rehan got the wickets of Mohammad Wasim and Agha Salman. On the basis of his brilliant bowling, Pakistan’s team was dismissed by scoring only 216 runs and England got a small target of 167 runs.

The England team, which has already taken a 2-0 lead in the series, now only needs 55 runs to make a clean sweep. England won the first Test by 74 runs while the second Test by 26 runs. The England team is on Pakistan’s soil for a Test after 17 years.