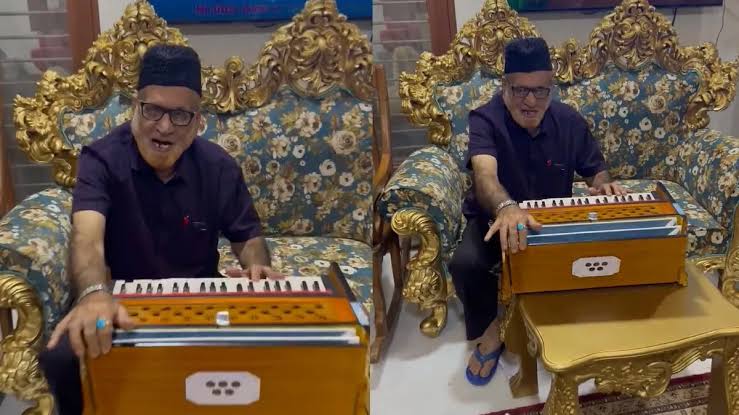 Irfan Pathan shared a video. In this, his father Mehmood Khan Pathan is seen playing the harmonium. Now this video is going viral on social media.

Irfan Pathan remains very active on social media. The former cricketer has shared photos, videos with his family many times. Now another video of him is going viral.

Irfan Pathan shared a video on his Twitter handle on 19 December. In this video, his father is seen playing harmonium.

Actually, there was a birthday party in Pathan’s house. In this party, Irfan Pathan’s father Mahmood Khan Pathan congratulated while playing harmonium. After making a video of this, Irfan posted it on social media. Pathan wrote a cute caption, Imran turned 6 today and what a wonderful wish from Dada.

Let me tell you that recently a picture of Irfan Pathan went viral. In this, he was seen pressing his father’s feet. Apart from this, shared the picture of his son Suleman Pathan. It may be noted that the former cricketer has helped India win the World Cup twice.

Irfan was part of the Indian squad for the 2007 T20I World Cup and the 2011 ODI World Cup. He has given many great performances for the Indian team with his excellent bowling and batting. Many times Dhoni has got him to open as well.