The first T20I got vanished due to rain, let’s see how will be the weather in Napier 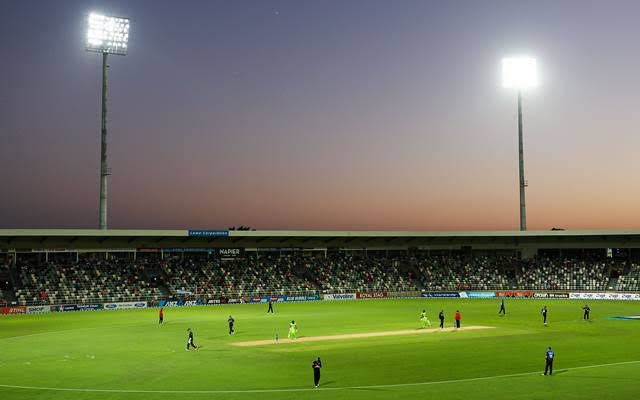 The last match of the 3-match T20I series will be played at McLean Park Napier on Tuesday.

Talking about the first two matches, the first T20I, where it was canceled due to rain, in the second match too, the rain was a hindrance while batting first, but the groundsman’s skillfully completed the match without reduction in overs and Team India Won the match by 65 runs.

Suryakumay Yadav and Deepak Hooda were the heroes of the victory in that match. While Surya played an unbeaten inning of 111 off 51 balls in batting, Deepak Hooda broke the back of New Zealand’s batting by taking 4 wickets in bowling.

Hooda went past Jasprit Bumrah in terms of best performance against New Zealand.

Team India will be eyeing to win the series –

Team India, which has taken a 1-0 lead in the series, has a golden chance to win the series. But in this effort of Hardik, the weather can become an obstacle.

Talking about the weather, it will be 98 percent cloudy in the evening in Napier on Tuesday. The humidity is expected to be 64 per cent.

Talking about the temperature in Napier, it is estimated to be 22 degree Celsius and talking about rain, its chances are 25 percent. So it can be expected that the fans will get to see a full match.

What does the pitch report say –

Talking about Napier’s McLean Park, here for the first time Team India will play a T20I match. Earlier, Team India has played 7 ODIs and 2 Test matches on this ground. Due to the cloudy sky, the fast bowlers can get help in the beginning.

Talking about T20I cricket at this ground, the last match played at McLean Park was washed out due to rain. The highest score of 241 runs on this pitch full of runs was scored by England in 2019.