Rohit Sharma had predicted about Suryakumar Yadav 11 years ago, now the tweet is going viral 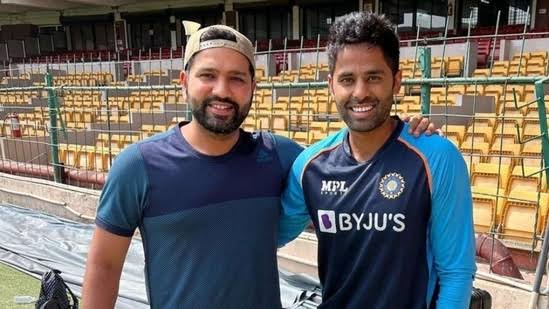 In the second match of the T20I series against New Zealand, once again Suryakumar Yadav played such an innings, which is being praised by Virat Kohli to Sachin Tendulkar.

The result of his innings was that Team India batting first scored 191 runs losing 6 wickets and got the New Zealand team out for only 126 runs and won the match by a margin of 65 runs. The hero of this victory was Suryakumar Yadav, who was also selected as the “Player of the Match”.

After his explosive innings, Rohit Sharma’s tweet from 11 years ago is once again going viral in which he had predicted about Suryakumar Yadav.

What did Rohit wrote 11 years ago?

11 years ago, Rohit had tweeted about Suryakumar Yadav. He had written in that tweet at that time that the award ceremony of BCCI in Chennai has just ended. Some exciting cricketers are going to come. Mumbai’s Suryakumar Yadav will be such a batsman, on whom everyone will be watching in the future.

Now, when Surya has rocked his batting in a single calendar year, the fans are once again remembering this tweet of Rohit. Fans are reacting to this in different ways. Some are thanking Rohit and some are praising Rohit that he had already had faith in Surya’s talent.

The year 2022 has been great for Suryakumar Yadav. In such a short span of time, he has easily achieved the journey from debut to number one in T20I cricket.