Suryakumar looked eager to play match, was seen drying the ground with the ground staff 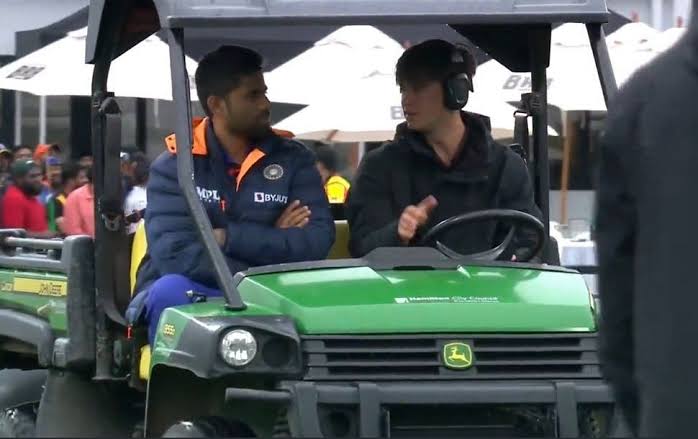 The second ODI between New Zealand and India in Hamilton was abandoned due to rain. At one point the game was stopped in 4.5 overs due to rain.

Meanwhile, as soon as the rain stopped, the staff present on the ground reached to dry the field. Suryakumar was also seen with him. The video of its incident went viral. In this, Suryakumar can be seen asking questions to the ground staff.

Suryakumar seen on the field with the ground staff –

In the second ODI, India have included Deepak Hooda and Deepak Chahar in the playing XI. At the same time, Sanju Samson and Shardul Thakur have been dropped from the team. New Zealand have included Michael Bracewell in place of Adam Milne.

In the three ODI series, New Zealand defeated India by 7 wickets in the match played in Auckland. With this, the Kiwi team is leading 1-0 in the series.