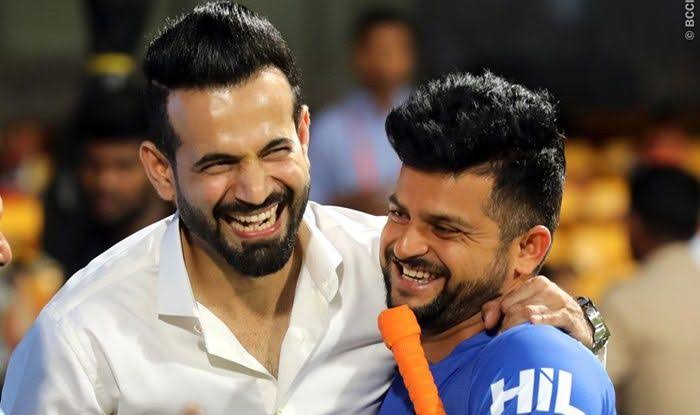 Raina became the first player for India to score a century in ODIs, Tests and T20Is. Raina is considered one of the most special friends of Dhoni. Both had announced their retirement from international cricket on the same day.

Former Indian fast bowler Irfan Pathan has congratulated Raina on his birthday in a different way. Irfan Pathan has posted a video on his Twitter handle. In which both Raina and Irfan are seen making dosa.

Fans wrote – Must have only made it, not eaten it

Sharing the post, Irrfan wrote, “Wishing my dear friend and fun boy Raina a very happy birthday. Let me feed you brother Dasa. The video went viral as soon as it was posted.”

Commenting on this, fans have congratulated Suresh Raina on his birthday. A fan wrote, “Ek dosa idhar bhi sir ji.” At the same time, a fan wrote, “It would have been made only, it would not have been eaten.”

Suresh Raina has scored 5615 runs in 226 ODIs for India with the help of five centuries. In 78 T20Is, he scored 1605 runs with one century. His performance in Test matches was not good and only 768 runs came out of his bat in 18 Test matches.

Raina has scored around 8 thousand runs in international cricket. Raina played his last international match in 2018 on the tour of England.

And here is the video WATCH OUT

‘Mr IPL’ has scored 5528 runs in 205 matches in IPL. Raina is the first batsman to score 5000 runs in IPL. He has contributed a lot in making Dhoni’s team CSK four times champion. Due to this he is known as Mr. IPL.