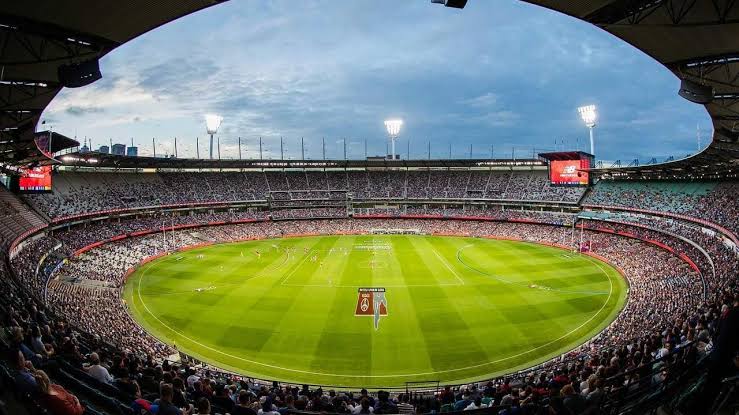 India will host the One Day World Cup 2023 next year and the final match of this ICC event can be organized at the Narendra Modi Stadium in Ahmedabad.

ICC Men’s Cricket World Cup 2023 will be the 13th edition of ODI World Cup and India will host this World Cup for the fourth time. According to the news of Indian Express, Narendra Modi Stadium is on the first number in the list of hosting the final match of this tournament.

The Narendra Modi Stadium in Ahmedabad is the largest cricket stadium in the world and has a seating capacity of one lakh spectators. In this ICC event, 10 teams will play against each other in the round-robin stage.

Each team gets two points for a win, while both teams get one point each for a no-result match. At the end of the round-robin stage, four teams will qualify for the semi-finals while one team will be the winner.

Let us tell you that the Secretary of the Board of Control for Cricket in India (BCCI) Jai Shah said on Sunday that the name of Narendra Modi Stadium in Ahmedabad has been included in the Guinness Book of World Records for the highest number of spectators during the IPL final 2022.

This stadium was earlier known as Gujarat Cricket Association (GCA) Stadium Motera. It has a capacity of 110,000 spectators, approximately 10,000 more than the Melbourne Cricket Ground (MCG).

MCG has a capacity of 100,024 spectators. Shah tweeted that “I am proud and happy that the grand Narendra Modi Stadium of GCA Motera has been included in the Guinness Book Record for the highest number of spectators in a single T20I match.”