Shami was very angry when he was not selected in the Indian team for T20IWC 2022, used to vent his anger in this way 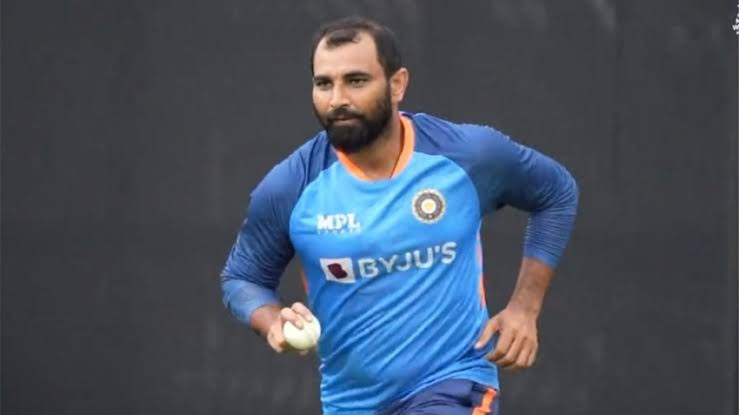 When the Indian team was announced for the T20I World Cup 2022, Mohd. Shami’s name was not there. However, he was selected as a reserve bowler in the team.

After this, Jasprit Bumrah was ruled out of this tournament due to injury and then Shami was included in his place in the main team. When MD Shami was not given a place in the 15-man squad selected for the World Cup for the first time, he was very angry.

Although Md Shami was always ready to play T20I matches, but the selectors had made it clear that he would now play only Tests and ODIs for India. Shami had previously played for India in the T20I World Cup 2021, but after that he did not play a single T20I match for Team India in the middle of this World Cup.

However, the situation turned something like this and Bumrah and Deepak Chahar were out of the World Cup and Avesh Khan was in poor form, due to which he had to be selected in the team otherwise he might not have got a chance.

Now Md Shami’s coach Mohammed Badruddin told that Mohammed Shami was very angry at not being selected in the World Cup, but did not express it. Shami’s performance in the last year’s T20I World Cup was mediocre but after that his performance in IPL 2022 was good. He was selected only after Jasprit Bumrah was out of the tournament.

Shami’s coach said that he wanted to throw accurate yorkers on dew-soaked ground conditions under floodlights and for this practiced in the fields of his village Sahaspur, Alinagar, between Amroha and Moradabad, where there is a pitch and ground. .

At the same time, he further said that we had kept about 10 wet balls for his practice and he used to bowl non-stop. It is not easy to make grip on wet balls and it is also difficult to catch them, but he practiced it fiercely.

Your skill comes in handy on the cricket field and Shami had to bowl 100 deliveries a day to master his craft and now see he is doing really well in Australia. He used to take his anger out on the balls like this.