Rohit and Virat will decide their own future, changes are to be made in T20I team after World Cup 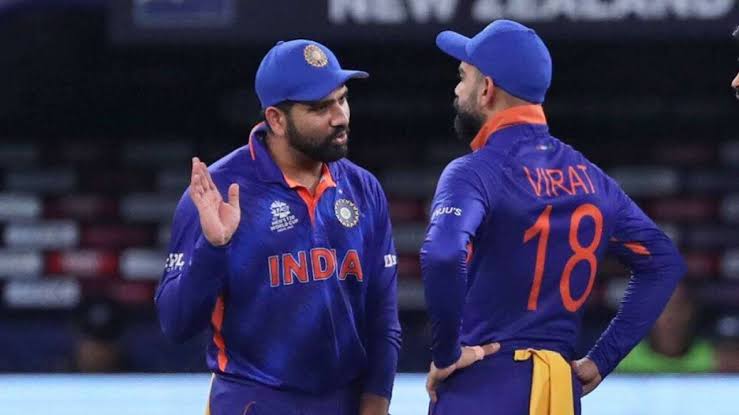 The Indian team, which is playing the T20I World Cup in Australia, has 10 players over the age of 31 and many of whom will not be part of the team after the tournament.

The next T20I World Cup is to be held in the West Indies and America in the year 2024 and in view of that the Indian selectors have started preparations. Its impact is also being seen in the team selected for the New Zealand tour to be held after this World Cup.

What is the future of the team :-

Yes, it is certain that 37-year-old wicketkeeper Dinesh Karthik and 36-year-old off-spinner Ravichandran Ashwin will no longer be seen playing international matches in this format. Dinesh’s father Krishna Kumar had also indicated this in an interview given to a paper. He had said that he does not know what will happen after this World Cup. Ashwin has hardly got a chance to play in the last and this World Cup. He will now be seen playing IPL only.

As far as Rohit and Virat are concerned, BCCI is taking steps on it. It is certain that Rohit will remain the captain till the ODI World Cup to be held in India in 2023.

In the form Virat Kohli is in, it will be a very difficult task for the selectors to drop him just in the name of future. That too when the next selection committee is to come. It is also certain that Virat will play next year’s ODI World Cup.

When journalist asked a BCCI functionary whether Rohit was being dropped from T20I captaincy, would Rohit and Virat not be a part of the Indian T20I team in future?

Will the next T20I World Cup be played by the Indian team under the new captain? So the answer was received, there has been no discussion among the BCCI officials about the removal of Rohit from the T20I captaincy.

The selectors have also not given any such indication. He is the captain of our three formats. In Bangladesh, he will captain the ODI and Test teams. Many players have been rested on the New Zealand tour due to continuous series, including Rohit and Virat.

As far as leaving the captaincy or the format is concerned, it will be decided by Rohit and Virat themselves. When they feel they will leave. They are both great cricketers, they have given a lot to the Indian cricketer, they know how long they have to play in which format.