Shahrukh Khan is afraid of Dhoni’s batting, replied in three words to the question of the fans 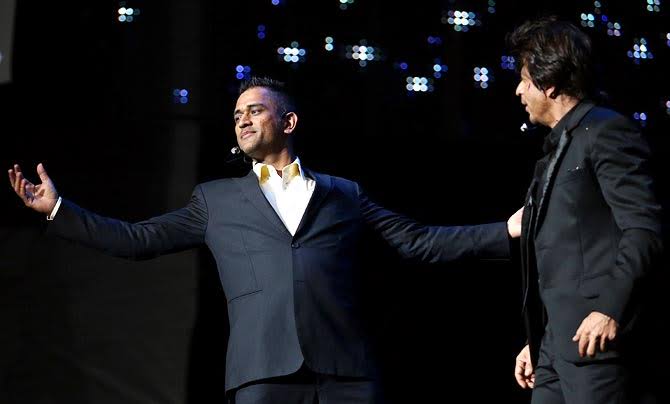 Kolkata Knight Riders co-owner Shah Rukh Khan has given a big response to Dhoni. Shah Rukh Khan replied in three words, writing, “Ha ha nervous”, when the King of Bollywood was asked by a fan how he feels when Dhoni comes out to bat against his team KKR.

Former India captain Mahendra Singh Dhoni may have retired from international cricket, but he has become an integral part of Chennai Super Kings (CSK) in the Indian Premier League. Dhoni handed over the captaincy to Ravindra Jadeja at the start of the last league, but later took over the captaincy again.

Dhoni’s fear is not limited to those on the field. On Saturday, Bollywood superstar Shah Rukh Khan also admitted to fear about Dhoni. In fact, on a Saturday, a fan asked King Khan how he felt when IPL franchise Kolkata Knight Riders came to bat against him.

On this, Shahrukh Khan replied in three words. He wrote, “ha ha nervous”. Shahrukh said, “When Dhoni comes to bat against Kolkata Knight Riders, he gets nervous.” MS Dhoni’s Chennai Super Kings is one of the most successful franchises of the Indian Premier League.

It has won the IPL title four times. In the year 2021, Super Kings won the title for the last time by defeating Knight Riders in the final. The team won its first title in 2010. That too under the captaincy of Dhoni and defended it in the year 2011 as well. 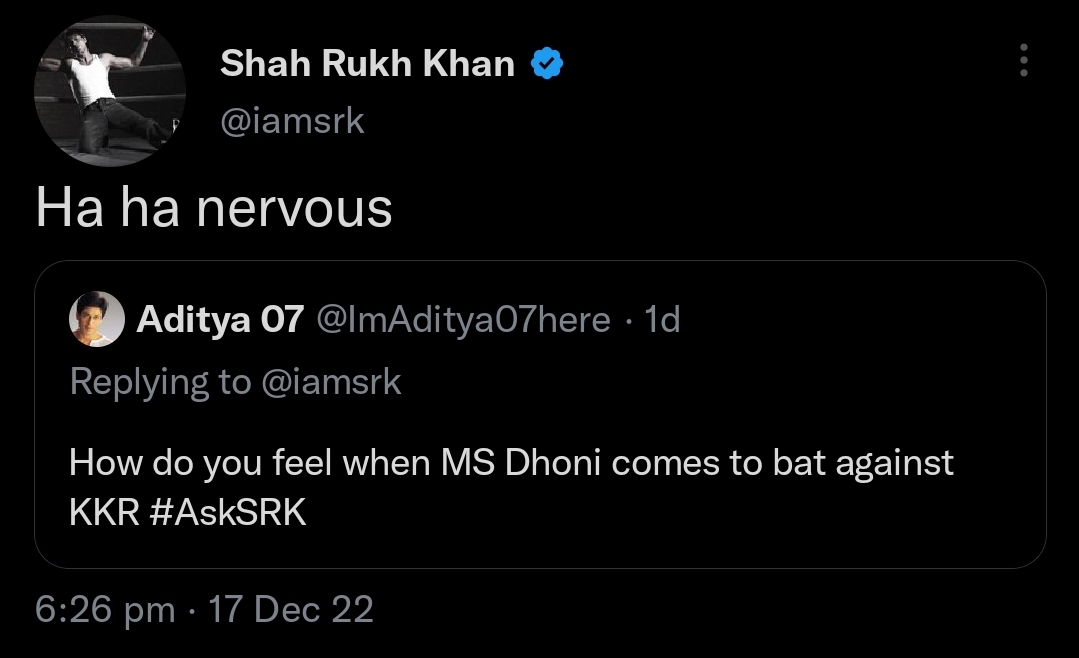 Dhoni is set to make a comeback in the 16th season of the tournament, where he is expected to lead the team again. Meanwhile, Kolkata Knight Riders are being led by Shreyas Iyer. The franchise will be eyeing to strengthen their squad in the IPL auction to be held on December 23.