Skip to content
Editorials News outside the field Special News

Shardul Thakur will marry Mittali in February on this day, only special guests will be invited 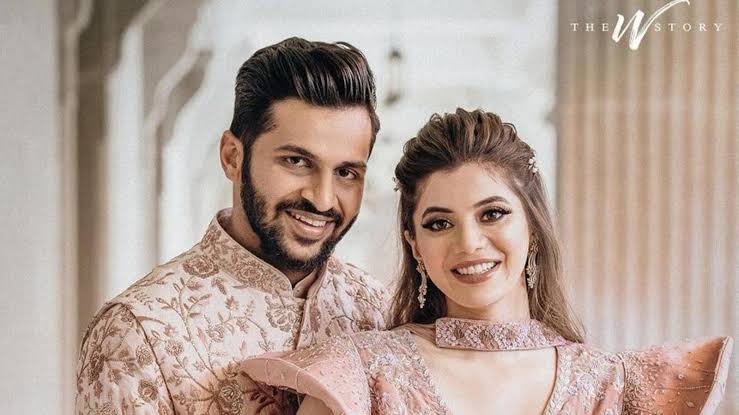 Indian team’s star all-rounder Shardul Thakur may tie the knot next year. Shardul, who got engaged to Mittali Parulkar in November 2021, has not given any information about it himself, but according to media reports, only two months are left for Shardul’s marriage.

Shardul is currently in Bangladesh with the Indian team. He was a part of Team India in all the three matches in the ODI series. However, he could not perform anything special in this series. His performance with the ball was fluctuating, but he was a complete failure with the bat.

Shardul and Mittali were earlier supposed to get married after T20I World Cup 2022, but later there was a change of plans and now they will get married in 2023. These two are in a relationship for a long time.

Around 75 people were invited to the engagement of Shardul Thakur and Mittali Parulkar, including their close friends and family members. Now it is being said in the news that only selected people will be called in their marriage too, just only 200-250 people can attend Shardul’s wedding.

Shardul also danced after the engagement. He himself shared a video on social media, in which he was seen dancing with his fiancee. Shardul’s wedding program will start from 25 February and the marriage will take place on 27 February.

Even after this the rituals will continue. After marriage, Shardul Thakur will be seen in IPL. Shardul’s fiancee Mittali Parulkar does some business.