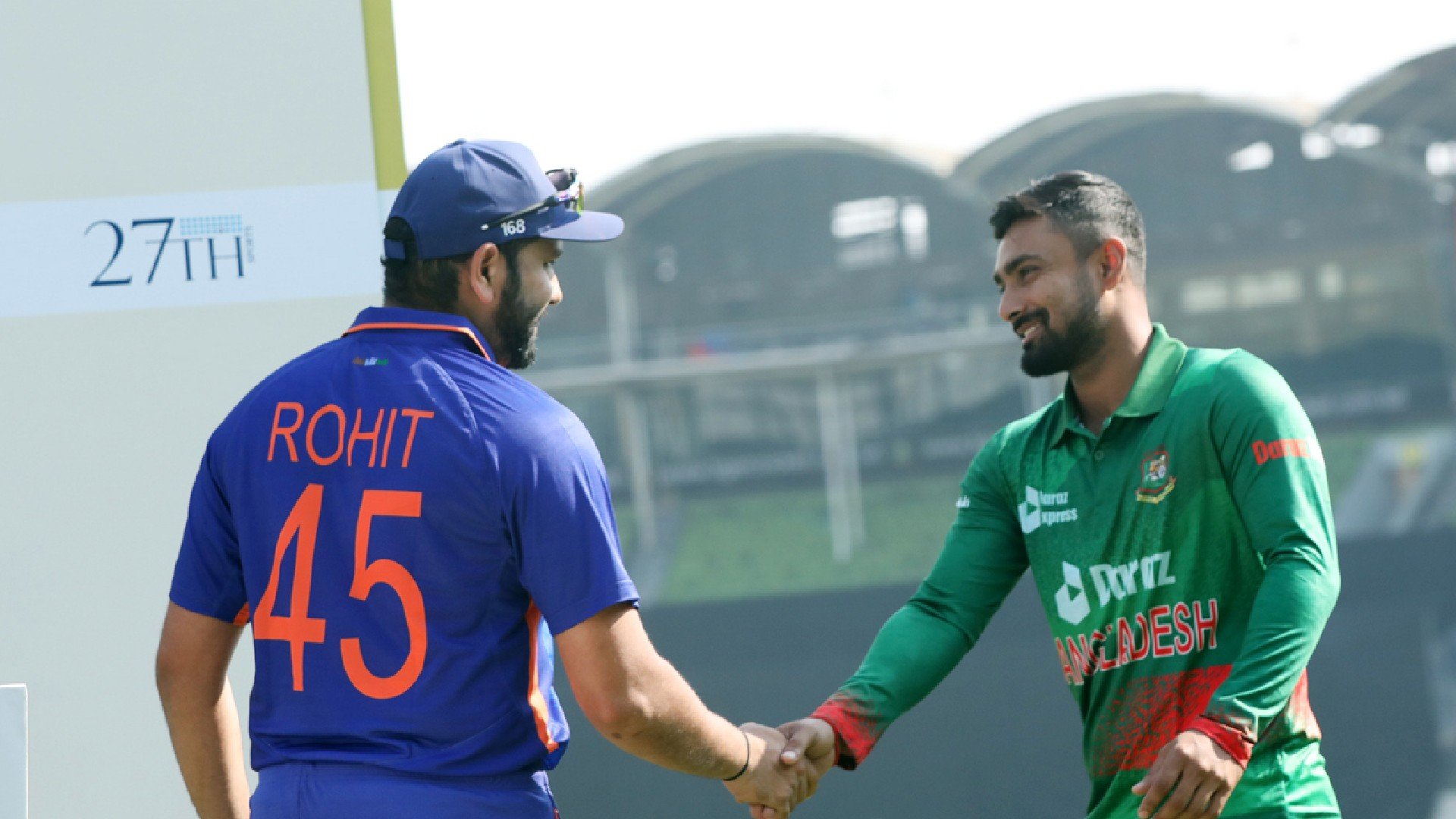 After the defeat in the first ODI against Bangladesh, another bad news is coming out for Team India. Actually the team has been fined due to the slow-over rate. The players will have to pay 80 percent of the match fee as a fine.

The penalty was imposed by ICC match referee Ranjan Madugalle because the team was four overs behind in stipulated time.

A press release issued by the ICC said that as per Article 2.22 of the ICC Code of Conduct, players are fined 20 per cent of their match fee per over for slow over rate. The Indian team was 4 overs behind due time, so the penalty went up to 80 per cent.

India’s captain Rohit Sharma has accepted his fault and has also agreed to the punishment. So there is no need for a formal hearing in this. This charge was imposed on Team India by on-field umpires Michael Gough and Tanveer Ahmed, third umpire Sharfuddoula Ibne Shahid and fourth umpire Ghazi Sohail.

Talking about the match, Team India had to face defeat by 1 wicket. Batting first, Team India was able to score only 186 runs. KL Rahul scored the highest 73 runs. No batsman could survive except Rahul.

In response, the Bangladesh team won by 1 wicket in a thrilling match. Mehidy Hasan Miraj and Mustafizur added a record breaking 51 runs for the last wicket.

The second match of the series will be played on the same ground on 7th December. Team India will try to make a comeback in the series by taking lessons from their mistakes in the next match.