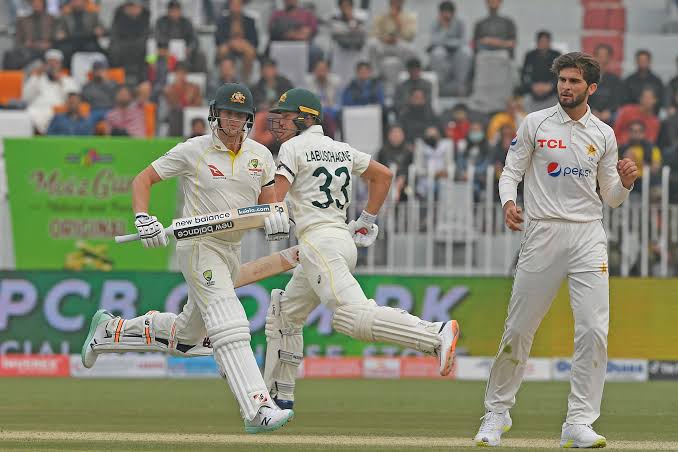 The Test match played between England and Pakistan in Rawalpindi became memorable forever.

England’s approach in this Test match is being praised, along with it is also being given the noun of one of the great Test matches. England had declared the second innings after scoring only 264 runs.

Talking about the match, Pakistan needed 343 runs to win, but England’s bowlers, performing well, broke Pakistan’s dream of winning a Test against England at home after 17 years. Not one or two but 5-5 world records were made in this match, which made it memorable forever.

5 world records made in Rawalpindi test –

Record of most runs in a day – England team made a world record for scoring more than 500 runs in a day while presenting a sample of baseball.

Four centuries scored in one day – Not only did the England team set the record for scoring the most runs on the first day, but four of its batsmen scored centuries. first such

Harry Brook’s world record innings – In this match, England batsman Harry Brook scored an inning of 240 runs in 181 balls. This was the first time a batsman had scored 200 runs with this strike.

World record for giving the most runs in debut test – Zahid Mahmud made his debut for Pakistan in this test match. He spent 235 runs in his debut match which is a world record.