Hasan Ali clashed with the spectators during the club match, ran to kill the one who made indecent remarks 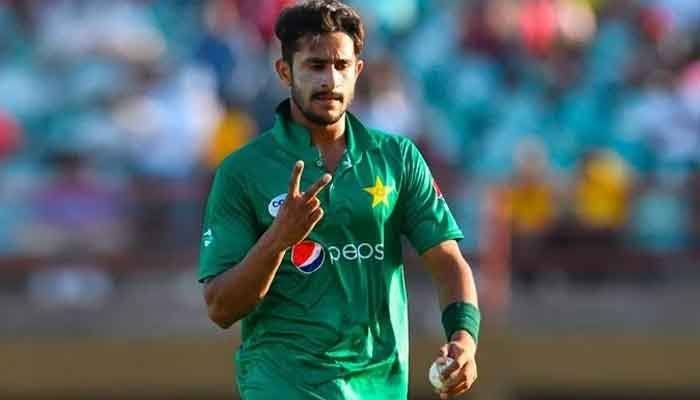 Pakistan’s fast bowler Hasan Ali is going through the most difficult phase of his career these days. Hasan, who was once the number one bowler in the ICC ODI rankings, is now out of the Pakistan team in all three formats.

He is currently playing club cricket and is trying to make a comeback in the national team. Here too something is not going right for them. Hasan Ali was so heckled by the spectators during a club match that he rushed to kill them in a fit of rage. The video of this incident is going viral on social media and there is a lot of ruckus on it.

Hasan, 28, was heckled by the spectators during the club match. During the match, indecent comments were made on Hasan Ali, who was fielding on the boundary line. To avoid this, he went for fielding in the middle of the ground.

Video Of Hasan Ali While Fighting

However, the audience still did not agree and kept making objectionable comments on him. Fed up with this, Hasan Ali rushed to kill the onlookers. The organizers rushed to catch Hasan and stopped him from doing so. However, someone made a video of the incident and made it viral on social media. After this Hasan Ali is getting very dirty.

What were the audience saying?

In Arif Wala district of Pakistan’s Punjab province, onlookers were teasing Hasan Ali by saying that he is not a part of the Pakistan team. Also the catch he dropped in the 2021 World Cup. He was also reminding.

Hasan was out of Pakistan’s team before the World Cup

Hasan Ali was out of Pakistan’s team before the 2022 T20I World Cup. Pakistan team is playing Test series against England and Hasan is not a part of this team.

Hasan Ali has taken just four wickets in his last four Tests against Australia and Sri Lanka. He was last part of Pakistan’s squad in the Super Four round match against Sri Lanka in the Asia Cup. Sri Lanka won the match by five wickets. Hasan Ali had given 25 runs in three overs and could not take any wicket.

Hasan has taken 77 wickets in 21 Tests for Pakistan. At the same time, he has 91 wickets in ODIs and 60 wickets in T20s. Hasan Ali was part of the Pakistan team that won the Champions Trophy in 2017. However, since then he has struggled with injury.

Hasan Ali was the highest wicket-taker in the 2017 Champions Trophy. He took 13 wickets at an average of 14.69. He also took three wickets for 19 runs in the final match against India and played an important role in making Pakistan the champion.