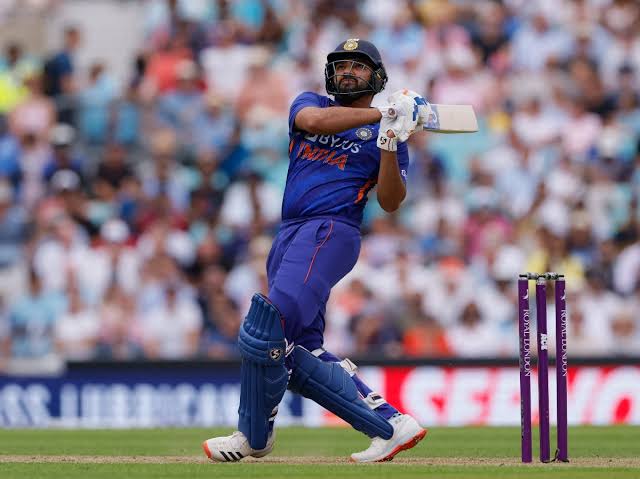 Fans had high hopes from Rohit Sharma, who was returning as captain on Bangladesh tour, but he disappointed.

Batting first after losing the toss, Team India did not have a good start and lost the first wicket as Dhawan at the score of only 23. Rohit was looking in good touch while playing with Kohli, but he was also dismissed on a personal score of 27 runs.

He was clean bowled by Shakib Al Hasan. Even though Rohit could not play a big inning in this match, but on the basis of this innings, he left behind former Indian captain Mohammad Azharuddin in terms of runs.

Rohit has gone ahead of Azhar –

Rohit Sharma has now gone ahead of former captain Azharuddin in scoring runs for India in ODI cricket. Now he has 9,403 runs in ODI cricket, while Azhar has 9,378 runs.

The great Sachin Tendulkar is at number one in terms of scoring runs. He has now become the sixth Indian batsman to score runs in ODI cricket.

Indian batsmen who have scored most runs in ODIs –

Rohit has reached number six in the list of Indian batsmen who have scored most runs in ODI cricket. Sachin at number one while Virat at number two and Sourav Ganguly at number three.

Talking about the match, Team India had to face defeat at the hands of Bangladesh after 7 years. Bangladesh had a target of 187 runs to win, which they achieved by losing 9 wickets in the first 4 overs. The second match of the series will be played on the same ground on 7th December.