Liton Das caught such a catch that even Kohli could not believe, watch video 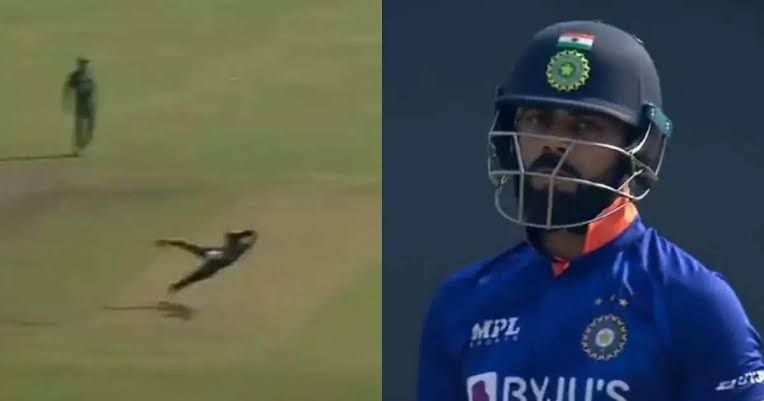 In the first match being played at the Sher-e-Bangla National Cricket Stadium, the Bangladesh bowlers performed in such a way that Team India, decorated with batsmen, could not even play the entire over.

Under the leadership of Rohit, the entire team was all out after scoring only 186 runs in 41.2 overs.

Earlier, when Team India came out to bat after losing the toss, Shikhar Dhawan and Rohit Sharma started the innings, but Dhawan was dismissed by Mehidy Hasan after scoring only 7 runs.

For the second wicket, Rohit and Kohli tried to get the team back by adding 25 runs, but first Rohit and then Kohli’s wicket in the same over broke the back of the team.

When Team India’s score was 49 for 2 in 10.2 overs, Virat Kohli played a shot at the covers off Shakib’s ball, but Bangladesh captain Liton Das took the catch in the best way while jumping in the air.

It was clear from Virat’s reaction after the catch that he was not sure that the catch was taken. In this way, after scoring only 9 runs, Shakib handed over the catch to Liton.

Here’s the video of Liton’s catch

Fans were sitting in this match hoping that Virat Kohli would continue his World Cup form against weak Bangladesh here as well but he could not do so. Kohli had a chance to overtake Ricky Ponting in this match. Currently, he is second only to Sachin with 71 International Centuries.