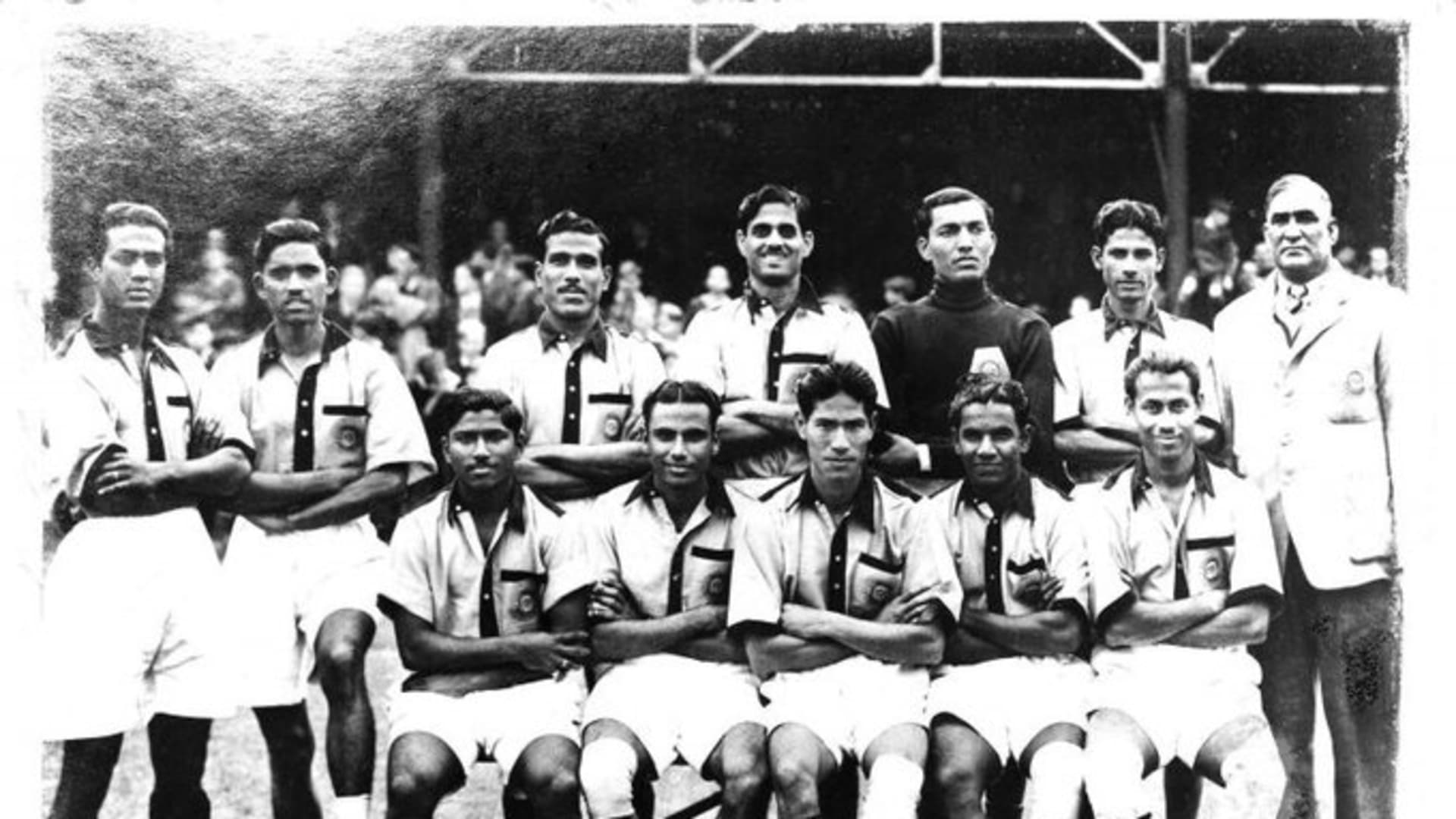 The 1948 London Olympics gave India an opportunity to compete against the world’s best footballing sides and during that time India was known as Brazil of Asia. Under the guidance of Mohun Bagan coach Balaidas Chatterjee, the squad traveled to Great Britain for the Olympics.

The AIFF had sent the Indian team almost a month early to the event and had organized a few matches leading up to the tournament. India played 5 unofficial friendlies against English amateur clubs winning all five and in the process scoring 39 goals while conceding just 5 which was highly impressive.

The barefooted Indians’ dribbling and their exceptional ball control had managed to delight the English audience. Finally, fifteen days prior to India celebrating its first anniversary, the Indian team took on France in the first-round game of the 1948 Olympics. Taking on a European team the Indian squad, led by center-half Talimeren Ao, came out bare feet to play the game. Although France was not the world beaters they were still one of those good teams that were regular in the world cups.

How Indian team play against France?

On a wet and cold surface of the English field, a barefooted Indian team showcased some determined performances creating good chances against their much-fancied opponent. Although India looked like a better side, it was France that took the lead when Rene Courbin drew first blood on the half-hour mark.

Indian team soon had a chance to draw level when Gunnar Dahlner, the Swedish referee, pointed to the spot just before the break. Sailen Manna stepped up for the spot-kick but failed to make the penalty-kick count, as his effort sailed way over the bar. However, India was granted another chance minutes later with a second penalty. This time it was Mahabir Prasad, who took the responsibility but once again India was denied after France Goalkeeper Guy Rouxel pulled off a brilliant save.

Despite missing two penalties, the Indian team continued to attack in search of the equalizer and they were finally rewarded in the 70th minute. In a well-played move, Ahmed khan combined well with substitute B Vajravelu, as the latter provided the final assist for Sarangapani Raman. Back in those days, Football in India was 70 minutes game. As a result, Indian players began tiring out in the already cold weather. France tried to take advantage of the depleting Indian energy but the defense held on bravely.

Unfortunately, in the 89th minute of the game, the tiring Indian defense suffered a defensive lapse that led to French player Rene Persillon slotting home a winner for France. The game ended soon at 1-2 in favor of France but the barefooted performances from the Indians had managed to win the hearts of the 17000-strong crowd, who applauded the players’ effort.

Talimeren Ao in the end replied to the interviewer after the match that “we play football in India and in England, you play bootball” to the question regarding playing without boots.