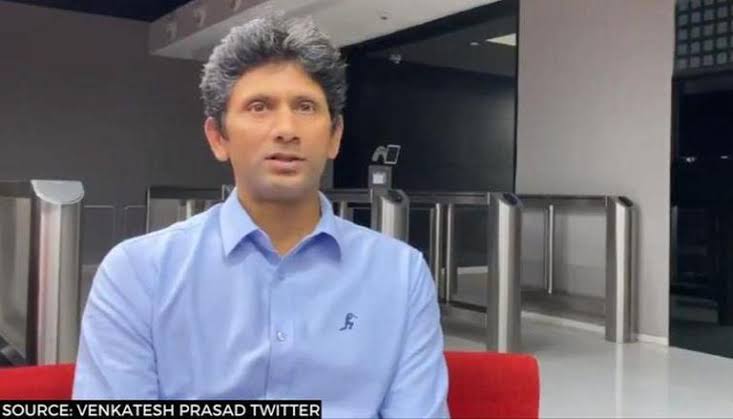 Former India fast bowler Venkatesh Prasad is at the forefront of the race to become the new selector. November 28 was the last date to apply for this post.

According to the Times of India report, the experience of Venkatesh Prasad makes his claim the strongest. Earlier, the news of former chief selector Chetan Sharma applying again for this post also came to the fore.

Talking about Venkatesh Prasad, he played cricket for India between 1996-2001. During this, he has played 33 Test matches and 161 ODIs. He has a total of 292 international wickets.

Apart from this, he has also been the bowling coach of Team India in the first edition of T20I World Cup. He then took over the responsibility of bowling coach of Chennai Super Kings in IPL in 2008-09. Not only this, after this he worked as a bowling coach for Punjab Kings, Karnataka and Uttar Pradesh.

There has also been experience as a selector –

Venkatesh Prasad also has experience as a selector. He has worked as a selector for Under-19 cricket between 2016-18. The Under-19 team selected by him made it to the finals once in 2016 and also became champions in 2018.

Apart from Venkatesh Prasad, D Vasu and Kanwaljit Singh have also applied for the post, but Kanwaljit Singh’s age is 64 years, while the eligibility for this has been kept at 60 years.

The names of Salil Ankola, Nayan Mongia and Sameer Dighe are also in the race from West Zone. The names of Subroto Banerjee and Shiv Sundar Das are ahead from East Zone. Nikhil Chopra’s name is coming out from North Zone.

Earlier, The Indian Express was quoted as saying that Chetan Sharma and Harvinder Singh have applied for the post again. However, his chances of getting selected are less।