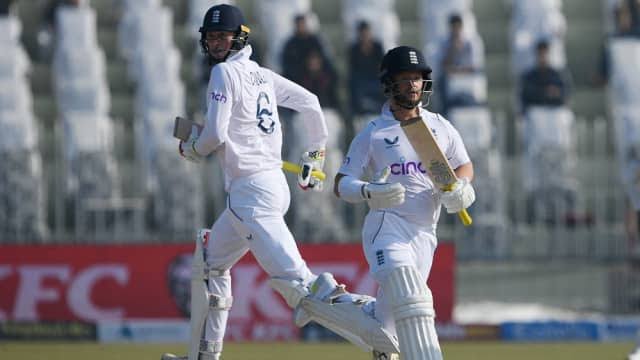 The England team created history in the first Test match of the Test series being played between Pakistan and England. Breaking the 112 year old record, created a new record.

England has become the first team to do so. By the end of the first day’s play, the England team has scored 506 runs for 4 wickets.

Brook scored 101 not out, Zak Crawley 122, Ben Duckett 107 and Ollie Pope 108. At the same time, Pakistan’s leg-spinner Zahid Mahmood got 2 wickets. Mohammad Ali and Haris Rauf got 1-1 success. Pakistani fast bowler Shaheen Shah Afridi is not playing in this match.

Harry Brook not only scored an unbeaten century, but also hit 6 fours in an over. Brook equaled the world record by doing this feat in Saud Shakeel’s over. Earlier in the history of cricket, Sanath Jayasuriya, West Indies veteran Ramnaresh Sarwan and Chris Gayle have set the record of hitting 6 fours in an over. Harry Brook has equaled all three.

In the history of Test cricket, Australia scored 494 runs on the first day of the Test match against South Africa in the year 1910. After 112 years, England has created a new record by breaking that record. The English team has become the first team in Test history to score 500 or more runs on the first day.