Understand in a simple way what is Duckworth-Lewis rule, how it helps in the decision of winning and losing 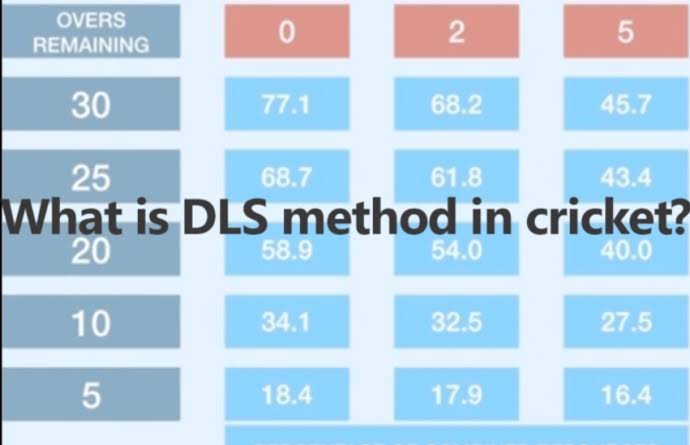 India defeated Bangladesh by five runs in the Super-12 round of the T20 World Cup 2022. In this match, Bangladesh captain Shakib Al Hasan won the toss and elected to bowl first.

Match affected due to rain –

The rain showed its effect in the second innings. Bangladesh team scored 66 runs in 7 overs and it started raining. The match was reduced to 16 overs due to rain and Bangladesh were given a new target of 151 runs to win. In reply, Bangladesh team could score 145 for 6 in 16 overs.

Know What is the Duckworth-Lewis rule –

The role of Duckworth-Lewis is very important in ODIs and T20Is formats. In a limited overs cricket match, when the game is interrupted due to rain, the Duckworth-Lewis rule is used.

According to the rule, a new target is given to the team chasing the target in the remaining time after the rain. In this, both the remaining wickets and the remaining overs are taken into account.

Interestingly, a table has been made for how the new target is set. In this, a new target is given to any team on the basis of the remaining overs and wickets. It is worth noting that the new target can also be changed if there is an obstacle once or twice in the match.

Let us tell you that it is very difficult to understand this rule easily, so many cricket fans also criticize the Duckworth-Lewis rule.

This rule was devised by England’s statistics experts Frank Duckworth and Tony Lewis. It was first used in his name in the year 1997. Australian academic Stein Stern updated the formula ahead of the 2015 World Cup.

According to the rule, it is taken into account that the number of runs scored by the team playing first in the same resource (until the match was interrupted by rain).

Resource value in international cricket is determined through a computer program which is a complex process.