Top-5 Most Famous Cricket Fans in the World 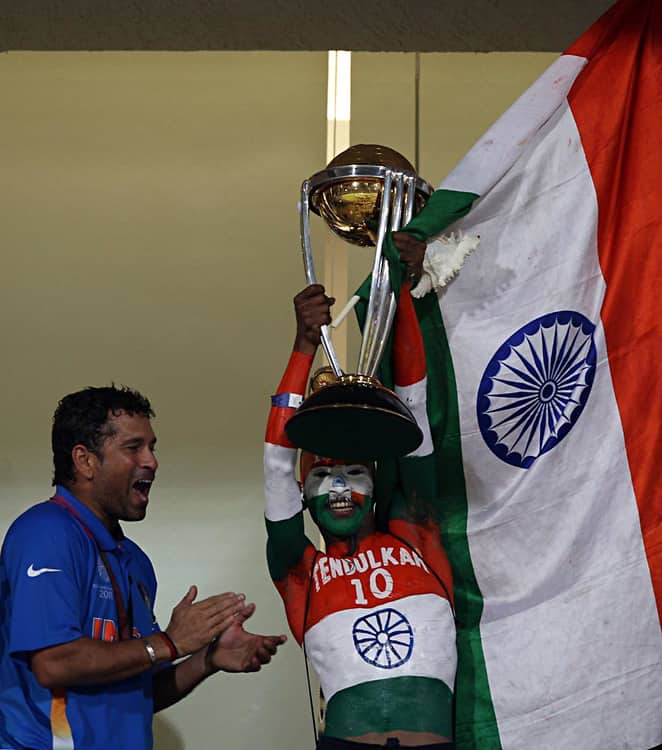 The game of cricket has had many fans around the globe.  The passion for the game is  established when we see these fans going to the next level to show love to their favourite player or the team. These fans have not been restricted by money, boundaries or any personal barriers, they have sacrificed their pleasures to show the fondness they have for the sport.  In this article, we’ll look at top 5  most famous cricket fans in the world. 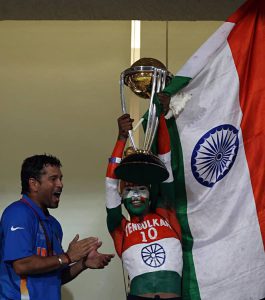 One of the most common sights to be found on the cricket stadiums for matches played by Team India is a man painted in tricolour. The man behind the paint and unbelievable spirit of the game is Sudhir Kumar Chaudhary. The cricket fan was born in a  village of Bihar. He had developed a passion for the sport at a very early age. A die-hard fan of Sachin Tendulkar.  He has been watching cricket matches for 18 years now. The first sight of Sachin had left him mesmerized and he swore to be present for all matches. This also came true as he has been a regular at all matches played in the country. After Sachin’s retirement the slogan on his chest reads Miss U Sachin.  From sacrificing his personal life by not marrying and quitting his job several times in order to attend the matches to not sleeping the previous night to avoid spoiling the body paint. Sudhir Kumar Chaudhary is undoubtedly the biggest cricket fan ever. 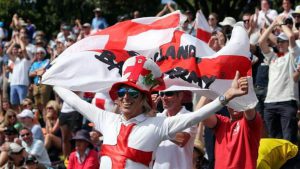 The story of Barmy Army started in 1994-95 Ashes series and at first, the army was  a 3 member group. The 3 had decided to visit Australia for the  Ashes tour. They used to cheer for their home country irrespective of the team’s performance. It is a very interesting fact that the terminology ‘Barmy Army’ was  coined by the rival Australian media. After 25 years, the army is a much bigger force.  The army of supporters is now a limited company. The army has its unique way of uplifting the English cricket team with songs, banners and merchandise like t-shirts, etc. The Barmy Army is also respected across their country and there are separate stands dedicated for them in every cricket stadium except the  Lord’s. 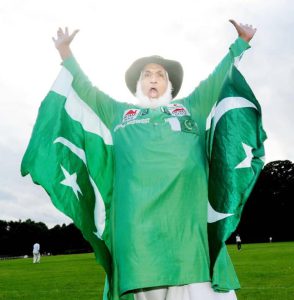 Pakistan could not be far behind when it comes to supporters. Chaudhry Abdul Jalil, famously called Chacha Cricket is the superfan of the Pakistan Cricket. He was originally a truck driver in UAE and started his journey of supporting his country during the 1980s in the prestigious Sharjah cup. He, later on, became an official fan sponsored by his PCB. He can still be found waving his national flag for his country in any game played by Pakistan. 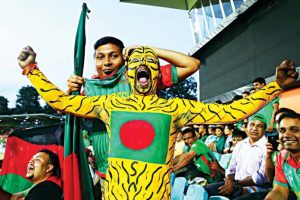 The only other cricket playing country from the subcontinent has an insane fan. Shoaib Al Bokhari of Bangladesh is the supporter of his country’s cricket and became a famous cricket supporter. The appearance seems inspired by Sudhir Kumar Chaudhary. He paints his body as a tiger representing Bangladesh cricket and waves his national flag to admire his players. He has been a regular to attend all matches played by his country since 2011. 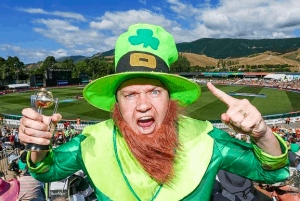 The team of Ireland also has a superfan, the likes of Adrian Raftery. This started in the 2007 World Cup. The event was hosted in the Caribbean and Adrian was very keen about the support for his country. Ireland did qualify for the tournament but could not do wonders as was expected by the cricket experts. Like every other superfan, Adrian had his unique way of dressing, he used to wear the costume of Leprechaun. The guy went on to become the highlight of the tournament.