This is the six hitting machine of the Indian women’s cricket team, remember the name 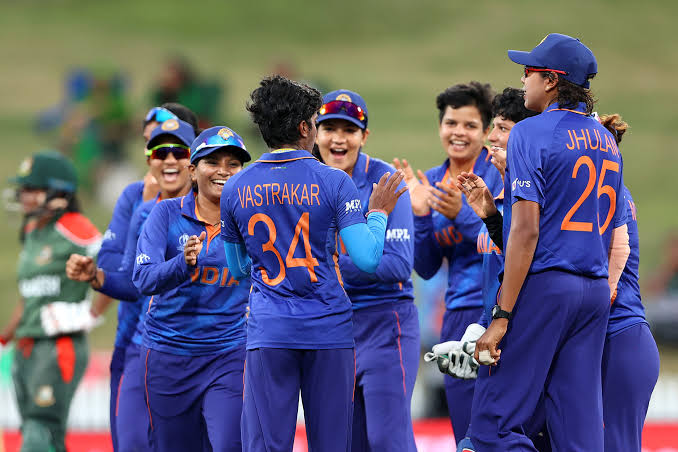 Young wicketkeeper-batsman Richa Ghosh was the player of the match in India’s thrilling win over Australia in the 2nd T20I at the DY Patil Stadium.

Chasing a target of 188 runs when the Indian team lost the wickets of Harmanpreet Kaur and Smriti Mandhana within 2 overs. At that time 40 runs were required off 21 balls.

Coming to bat, Richa scored 26 runs off 13 balls to give Team India a draw in the match. She hit 3 sixes in her innings of 26 runs. Apart from this, when the team came out to bat in the super over, she strengthened the team’s position by hitting a six off the very second ball.

As a result, India set a target of 21 runs in front of Australia, which was defended by Renuka Singh to give victory to Team India. With this victory, the team also equalized 1-1 in the 5-match series.

In this match, she displayed her power-hitting, which we have seen in domestic matches as well.

Richa impressed in the first ODI as well

Even though Team India was defeated in the first ODI, but in that match also Richa played a fiery inning of 36 runs off 20 balls. She also hit two sixes in her innings of 36 runs.

Now there will be a decider game in Brabourne –

The team will travel to the Brabourne Stadium for the remaining three matches of the five-match series. The third T20I match will be played on 14 December. The series is currently tied at 1-1, Australia won the first match by 9 wickets.