The Board of Control for Cricket in India has announced the schedule of Team India for the next three months. During this, Team India will face teams like Sri Lanka, New Zealand and Australia.

First Team India will play 3 T20Is and 3 ODIs against Sri Lanka. After that New Zealand team will come on India tour.

Indian team will play 3 T20Is and 3 ODIs against Sri Lanka after Bangladesh. This series will be played from January 3 to January 15.

from 18 January to 1 February New Zealand team will play 3 ODIs and 3 T20I matches on this tour, which will start from 18 January. 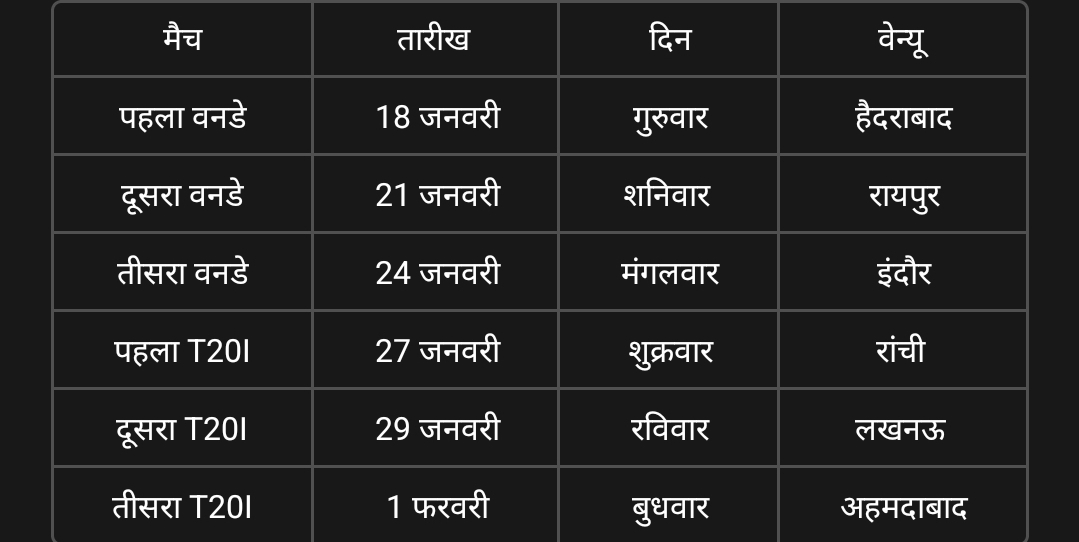 After the New Zealand series, Team India’s test mode will start. During this, Team India will play 4 Test matches against Australia under the much-awaited Border-Gavaskar Trophy. This series will be played from 13 February to 13 March.