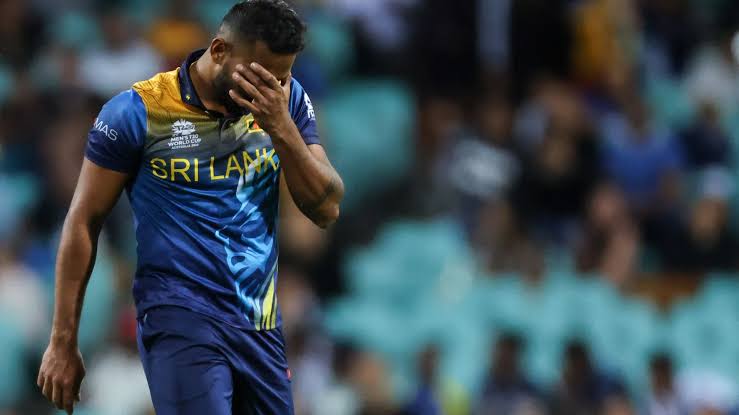 You must have often seen two players clashing with each other in an attempt to catch on the cricket field, but such an incident happened during a match in the Lanka Premier League, which is rarely seen on the field.

Sri Lankan all-rounder Chamika Karunaratne was injured while attempting a catch during a match between Kandy Falcons and Galle Gladiators, after which he was rushed to the hospital.

Four teeth broken in an attempt to catch :-

Gladiator’s team was batting first. During this, when Nuwanindu Fernando was batting on the score of 13 runs, he played a shot in the air off Brathwaite, Chamika Karunaratne was down under the ball. He took the catch, but during this he had to lose his teeth. His fellow player pointed to him and told about this.

Video of that catch is here

However, he was immediately taken to the hospital. Later, the director of Kandy Falcon gave an update on him and told that he is fine and will play in the remaining matches. Such unique injuries are rarely seen on the cricket field.

Chamika Karunaratne was injured while fielding, but his team won by 5 wickets. Chamika did not bowl in this match and did not get a chance to bat.

Batting first, Galle Gladiator’s team scored 121 runs in 20 overs at the loss of 8 wickets. In reply, the team of Kandy Falcons achieved the target by losing 5 wickets in just 15 overs.