After several hours of drama, the Pakistani team got India’s visa 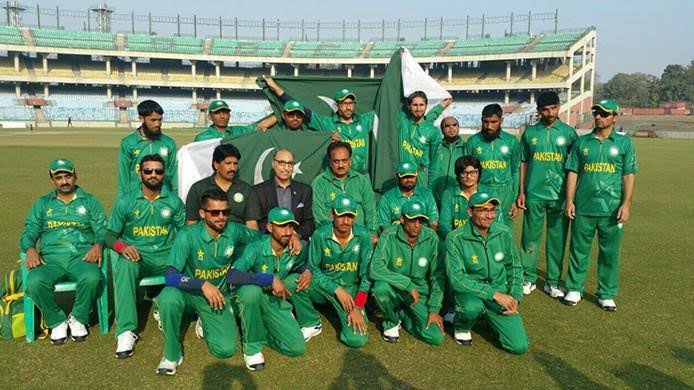 Pakistan’s visually impaired cricket team is all set to participate in the ongoing Blind Cricket World Cup in India after 34 Pakistani players and officials got visa clearance from the Union Home Ministry.

After its approval, the Ministry of External Affairs will issue visas to Pakistani players and officials to travel to India for the tournament to be held from December 5 to 17.

The Ministry of Home Affairs has approved the issuance of visas to 34 Pakistani players and officials to participate in the Blind Cricket World Cup, a ministry official told news agency PTI.

Teams from India, Pakistan, Bangladesh, Australia, Sri Lanka, Nepal and South Africa will now participate in the 12-day tournament. The matches of this tournament will be played in Faridabad, Delhi, Mumbai, Indore and Bengaluru. India is a contender for the title in its hosting. It is believed that in the final they may have a clash with Pakistan.

Pakistan had given information about not getting visa :-

Earlier it was told that Pakistani team has not got visa. This was also confirmed by the Indian Cricket Association for the Blind (CABI). On not getting the visa, the Pakistan Blind Cricket Council (PBCC) issued a statement on Tuesday saying that their team did not get permission from the Indian Ministry of External Affairs.

The PBCC had said, “The Pakistan blind cricket team hangs in the balance due to this incident. There was a possibility that India would face our team in the final. Looking at the current form, Pakistan was a contender to become the champion.”

The tournament was inaugurated by former India cricketer Yuvraj Singh during an event in Gurugram on Monday. The matches started on Tuesday and the final match will be played on 17th December.

The PBCC had said, “Indian Cricket Association for the Blind had pleaded with its government to grant visas to Pakistani players, but no one listened. This discriminatory action will have serious consequences for World Blind Cricket as we would urge World Blind Cricket to take strict action against them so that India does not get to host international events in future.”