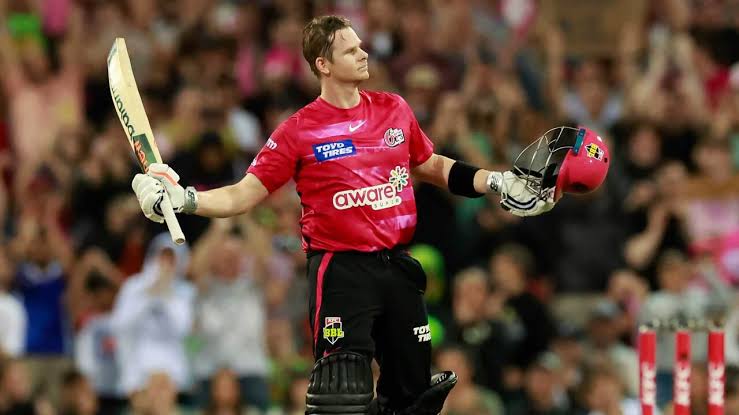 Steve Smith continues to shine in the Big Bash League. Steve Smith, playing for the Sydney Sixers, played a brilliant inning of 66 runs against the Hobart Hurricanes.

A strange incident was witnessed during this match, knowing which the fans will surely be shocked.

Joel Paris of Hobart Hurricanes looted 15 runs on the ball. Paris was bowling the third ball of the over. Smith hit a six towards deep square leg, but the umpire called it a no ball. 7 runs were scored on this ball.

Paris, the left-arm fast bowler, bowled the next ball well outside the leg stump, which the wicket-keeper failed to stop and the ball crossed the boundary line.

On the next ball, Smith hit a boundary towards mid-wicket. In this way 16 runs were scored on one ball. Total 21 runs were scored in this over. Steve Smith scored 66 runs in just 33 balls with the help of six sixes and four fours against Hobart Hurricanes, his strike rate was 200.

The right-handed batsman has become the batsman to hit most sixes in the current BBL. So far Smith has hit 24 sixes in the tournament and has scored 328 runs in four matches.

Smith said, ‘I just want to help my team get the title. This will be my last match in Perth this season so hopefully I can get my team in a good position. I’m playing for a reason. I want to play every match and I feel that I will be able to contribute well in some matches.’