BBL 2023- 4 fielders ran for a ball with all their might, the fours stopped, but… see VIDEO 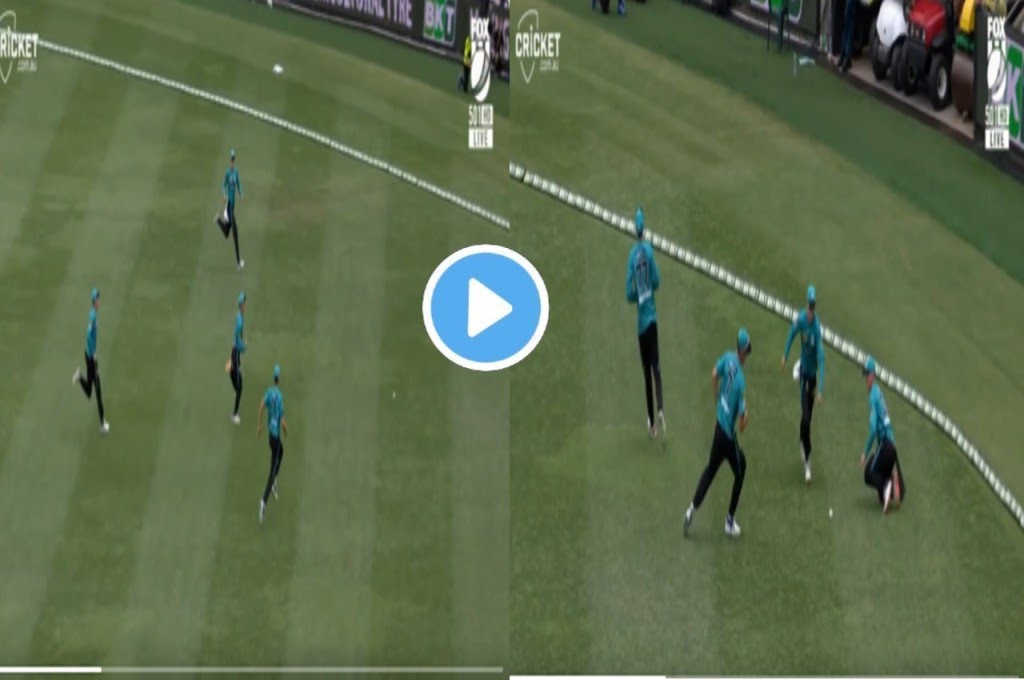 The matter is of the second innings of the match. Batting came to chase the score of Brisbane Heat, both Melbourne Stars openers Joe Clarke and Thomas Rogers got off to a great start, but in the third over of the match.

Thomas Rogers played a shot, the ball hitting the bat and going fast towards the boundary, But to stop the ball, not one or two but all four fielders ran behind, all four ran fast and stopped the four.

The special thing is that when four fielders ran towards the ball, one fielder took a dive and stopped the four, but as soon as he threw the ball towards the other three fielders, he got into this mistake.

In such a situation, the ball was scattered in the first chance, due to which both the openers of Melbourne Stars stole three runs. At the same time, the video of four fielders running behind a ball is becoming increasingly viral on social media.

WATCH- How 4 fielders ran to stop a ball

In a thrilling match played between Brisbane Heat and Melbourne Stars, Brisbane Heat won the match by four runs, batting first, Heat scored a huge score of 188 runs losing 4 wickets in 20 overs, but Melbourne came out to bat in reply.

The stars also gave their all in the match. Although the Stars were able to score only 184 runs for three wickets in the stipulated 20 overs.