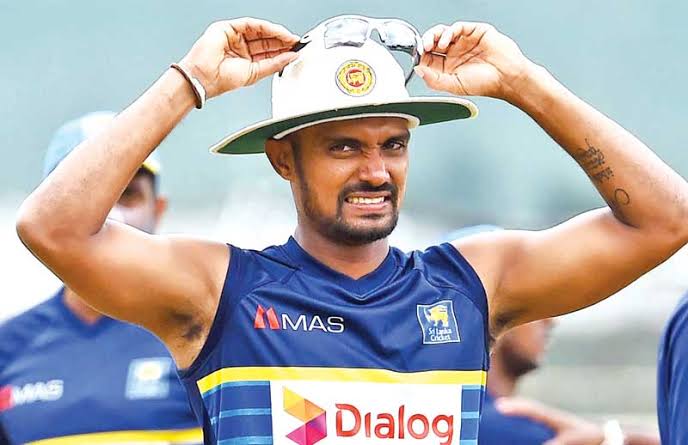 A big news has come out from the T20I World Cup 2022 released in Australia. Sri Lankan batsman Danushka Gunathilaka has been arrested in the rape case. A case of rape has been registered against him in Sydney. The Sri Lankan team has returned from Australia without Gunathilaka.

Gunathilaka was injured three weeks ago and was replaced by Asheen Bandara. But the team management kept him with the team instead of sending him home.

According to Sri Lanka cricket sources, cricketer Danushka Gunathilaka has been arrested on the complaint of a woman. Sri Lanka’s team played its last match in the T20I World Cup 2022 against England. This match was played on Saturday, in which England won by 4 wickets. Gunathilaka was not playing in this match played in Sydney, but he was with the team. At the same time, according to the report, he has been arrested after the match.

Gunathilaka, 31, is understood to have been arrested early in the morning and taken to the Sydney City Police Station. The action was taken after a probe into the alleged sexual assault of a woman on November 2. A source close to the Sri Lankan team said, “Danushka Gunathilaka has been arrested in connection with the alleged rape. The Sri Lankan team has left Australia without him.”

The Sri Lankan team qualified for the Super 12 stage but finished fourth in Group I. The New South Wales Police have also mentioned the arrest of a Sri Lankan national on their website.

“The sex crimes team has arrested a Sri Lankan man following an investigation into the alleged sexual assault of a woman in Sydney last week,” the report said. Woman was sexually assaulted at his residence in Ross Bay.

It said, “This man met this woman after a long conversation on an online dating app. It is alleged that the woman was sexually assaulted on November 2, 2022.” After investigation, the 31-year-old was arrested from a hotel off Sussex Street at 1 pm,” it said. Haven’t made any statement on the matter yet.