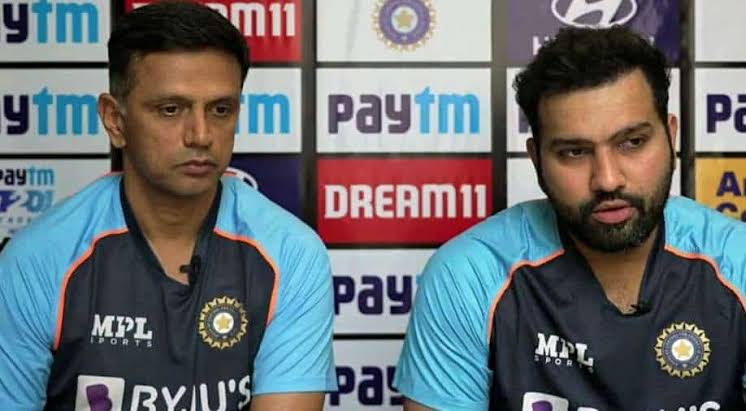 With India winning the first two matches of this series, the series was named after them. After this, New Zealand’s team came in second place in the rankings and England was at the top. After this, India won the third match as well and regained the top spot, now England is second and New Zealand is fourth in rankings.

India were already the top-ranked team in T20I Internationals and have now become number one in ODIs as well, but skipper Rohit Sharma made it clear that the team’s focus is on the ICC Men’s Cricket World Cup to be held in India later this year. On preparation. Rohit Sharma said in the post-match press conference, “To be honest, ranking doesn’t matter. I saw that before this series, we were at number four. First of all, I don’t know how we were at number four and we honestly don’t pay too much attention to it. We’re preparing big. All these games that we play will motivate us going into that big event.”

“We want to be prepared. We are playing at home, there are some challenges we need to be prepared for. Some combinations (we need to test) as well. This gives us all that before the World Cup match,” Rohit further said – again, all these games and series that you win, you get a lot of confidence. And that’s what we want.”

India showed similar dominance in the T20I format last year, leading up to the T20I World Cup 2022, but India’s dream of becoming world champions came to an end with a semi-final defeat against England. Rohit Sharma hopes he can turn around India’s fortunes in his second limited-overs tournament as captain later this year.

Rohit said “When we went to the T20I World Cup, we had won everything except the Asia Cup. But when we went there, we were very confident of doing well. Unfortunately, things did not go in our favour, but it could happen. But there’s another opportunity for us. We just want to be ready; All these matches that we play, we want to tick all the boxes out there.”

One of the players who will be crucial to India’s chances of winning the World Cup is Jasprit Bumrah. The fast bowler has been battling a back injury and last played international cricket in September 2022.

He was selected in the Indian squad for the ODI series against Sri Lanka, but was later withdrawn after he complained of a sore back. After this, he was also ruled out of the ODI and T20I series against New Zealand. He will also miss the first two matches of the Border-Gavaskar series against Australia.

On Bumrah’s return, Rohit once again stressed that they will not take a decision in haste considering India’s calendar this year, which includes the World Test Championship final and then the 50-over World Cup. He said “About Bumrah, I am not very sure at the moment. For the first two Tests, he is not available, I am hopeful that he will play the next two Tests, but again, we do not want to take any risk.”  Further adding he said – Back injuries are always serious. There is a lot of cricket to come after that (Border-Gavaskar series) we will be monitoring. We are in constant touch with the physios and doctors at the NCA and we are listening to them continuously.”

Ahead of the crucial Test series against Australia, India will play a three-match T20I series against New Zealand, starting January 27 in Ranchi. Hardik Pandya will lead the team in the absence of several senior players including Rohit Sharma, who has opted out of the T20I series to prepare for the Border-Gavaskar series.