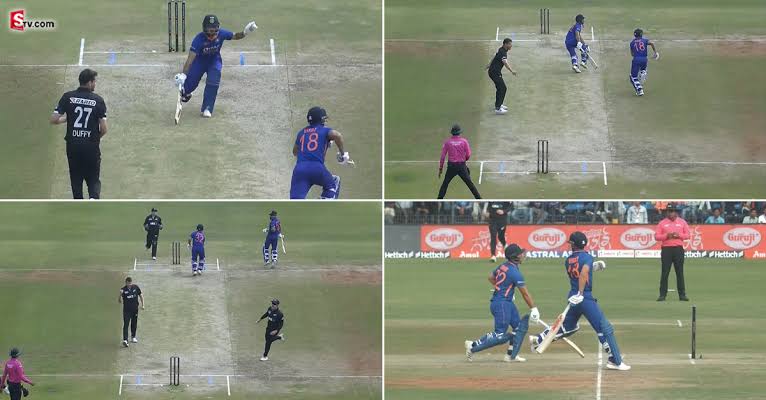 The third and final match of the three-match ODI series between India and New Zealand (IND vs NZ 3rd ODI) is being played at the Holkar Stadium in Indore.

Batting first in this match, Team India scored 385 runs at the loss of 9 wickets and gave a target of 386 runs to the Kiwi team. During the Indian innings, Ishan Kishan sacrificed his wicket to save the wicket of Virat Kohli. Let us know through this article.

Ishan Kishan sacrificed his wicket to save Virat Kohli’s wicket –

Actually, a video is going viral on social media in which misunderstanding was seen between Ishan Kishan innings and Virat Kohli during the 35th over. During this, Ishan Kishan sacrificed his wicket in order to save the wicket of Virat Kohli. Ishaan was unable to rotate the strike in this match and looked under pressure from the start.

Video- Misunderstanding between Ishan and Virat

At the same time, there was the third ball of the 35th over, which was being bowled by Jacob Duffy. Ishan Kishan pushed this ball in the direction of cover and as soon as he played the ball, he ran to take the run.

During this, Virat first stopped for a few moments and looked at Ishan, but as soon as he saw him running, he quickly ran to complete the run. During this, Kishan got caught in his own turmoil and got out for 17 runs.