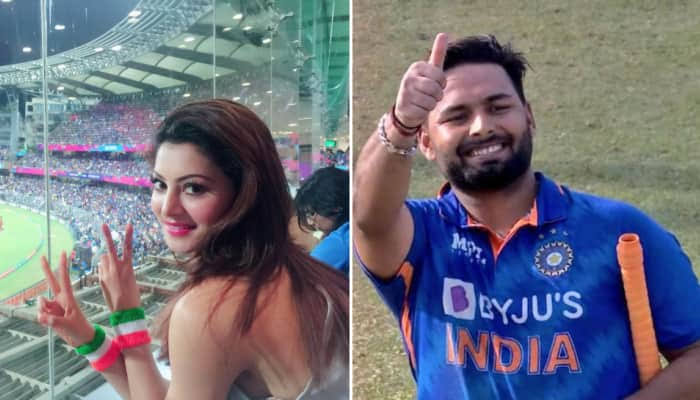 The time has not been very good for the Indian team’s wicket-keeper batsman Rishabh Pant. He is part of the Indian squad in the T20I World Cup 2022, but in five matches of the Super-12, he was made a part of the playing XI in only one match.

In this match also he could not score much runs and was dismissed after scoring just 3 runs. Meanwhile, now a video is going viral on social media in which a man who came to enjoy the match in the stadium is seen teasing Rishabh Pant in the name of Urvashi Rautela.

This video is related to the match of Indian team. In the viral video, Rishabh Pant is seen passing near the boundary. Meanwhile, a fan who came to enjoy the game in the stadium teased Rishabh Pant. The man takes the name of Bollywood actress Urvashi Rautela and says, ‘Bhai Urvashi is calling.’

The wicketkeeper batsman got enraged at the fan’s action. Pant immediately replied to the man. He said, ‘Go and meet again.’ It was clear from Rishabh’s reaction that he was completely upset after hearing Urvashi’s name again and again and now more such acts are happening. This video is becoming very viral on social media.

There was a cold war between Pant and Urvashi

Let us tell you that recently there was a long fight on social media between Indian cricket Rishabh Pant and Bollywood actress Urvashi Rautela.

Urvashi had given an interview in which she mentioned Mr RP and from here the dispute between Urvashi and Pant started. After this, both of them fought fiercely on social media without naming each other. Since then, fans have been seen teasing Rishabh Pant by taking the name of Urvashi Rautela.