Kapil Dev targeted R Ashwin’s performance, said – he himself is ashamed of taking one, two wickets 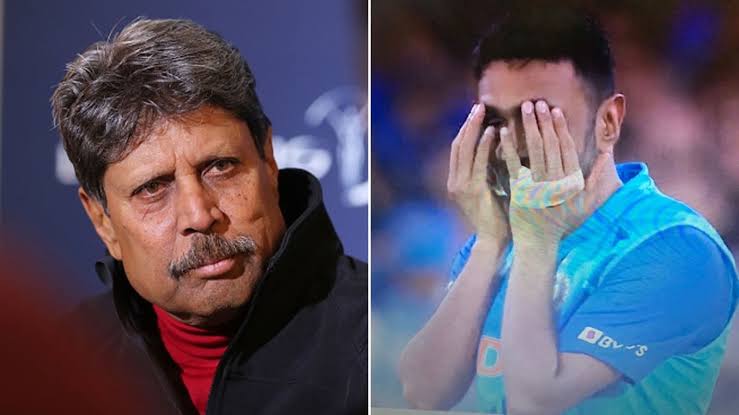 The Indian cricket team entered the semi-finals of the T20I World Cup 2022 under the captaincy of Rohit Sharma.

The Indian team had won 4 out of the five matches of the Super 12 stage and finished in the top 4 with 8 points.

Ashwin was seen hiding his face -:

R Ashwin was included in the playing XI in all the five group matches and took 6 wickets in 5 matches while conceding runs with an economy rate of 7.52, but Kapil Dev was not satisfied with his performance.

He said about R Ashwin that he did not do anything that I could trust him. He did take wickets, but it did not seem that he took these wickets. Actually the batsmen got out in such a way that they themselves were ashamed to take 1-2 wickets and he was hiding their face.

Chahal or Ashwin in the final, Kapil replied -:

Kapil Dev further said that after taking wickets, the confidence of the bowler increases, but the Ashwin we know, we have not seen him in full swing.

On the other hand, talking about whether R Ashwin will get a chance in the semi-final against England or Yuzvendra Chahal will replace him in the team, Kapil Dev said that it is up to the team management who they want to include in the playing XI. If he has faith in Ashwin, that’s fine because he has played throughout the tournament and can do things the right way when needed.

On the other hand, if you want to surprise the opposing team, then you can use wrist spinner Chahal. Here the captain and the team management who have more faith in him will get a place in the playing XI.