RAVI SHASTRI: Shikhar Dhawan doesn’t get praised because of these 2 players 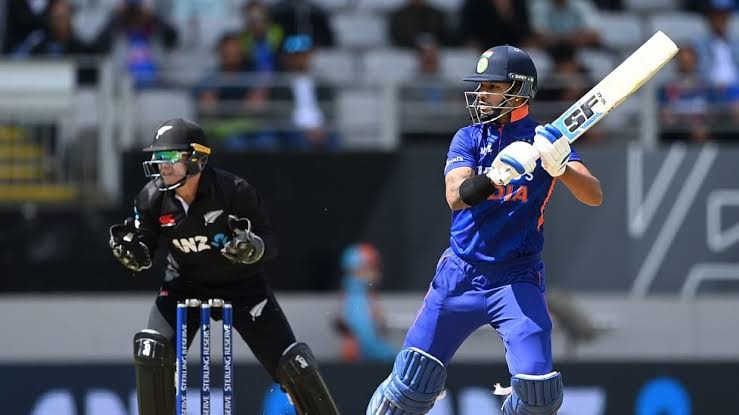 Former coach of the Indian cricket team Ravi Shastri believes that players like Virat Kohli remain in the headlines more in the Indian team, while Shikhar Dhawan, despite his good performance as captain, does not get the kind of praise he really deserves.

Yes Shikhar Dhawan, who is leading the Indian team in the three-match ODI series in New Zealand, scored a quickfire 72 off 77 balls and shared a 124-run partnership for the first wicket with Shubman Gill.

Ravi Shastri, impressed by the innings of left-handed batsman Shikhar Dhawan, said on broadcaster Prime Video that ‘he is a very experienced player and does not get the praise he deserves. He said that to be honest, the ‘spotlight’ (centre of attraction) remains only on Virat Kohli and Rohit Sharma.’

But if you look at Dhawan’s record in ODI cricket, you will find some innings in which he has played big matches against top teams which are excellent records. Shastri said the 36-year-old opening batsman has all kinds of shots to achieve success against the best fast bowlers.

Ravi Shastri said ‘the presence of a left-handed batsman at the top of the order makes a lot of difference. He is a natural stroke player, has all kinds of shots like pull shot, cut shot and drive shot to counter top class fast bowling. When the ball comes to the bat, he likes to play it and I think his experience here will be very beneficial.’

Shastri had termed Dhawan as a gun player in his early years. He had said that there are a lot of talented youngsters out there, but I think his (Dhawan’s) experience in this format of the game will be crucial.