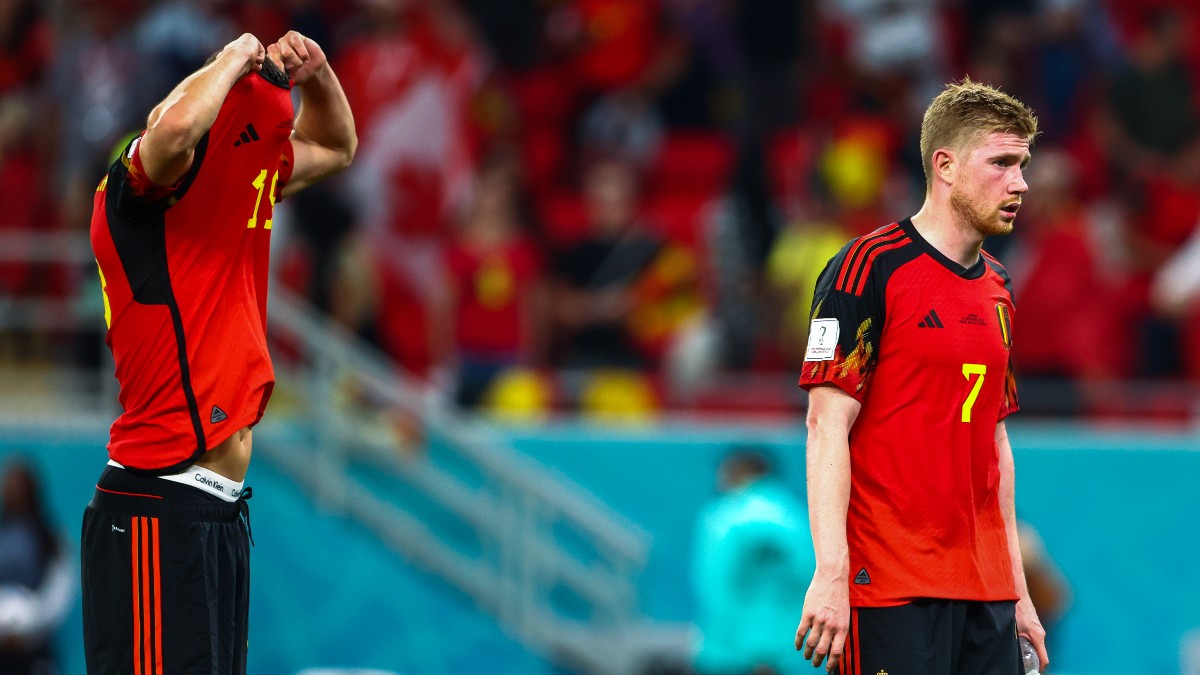 Morocco has taken a massive win to secure their qualification for the round of 16 after a 2-0 win over Belgium, a team having a golden generation. Belgium’s qualification into the round of 16 is in real danger now as they face 2018 World Cup finalists Croatia, who just defeated Canada by 4-1.

What happened in Belgium vs Morocco? 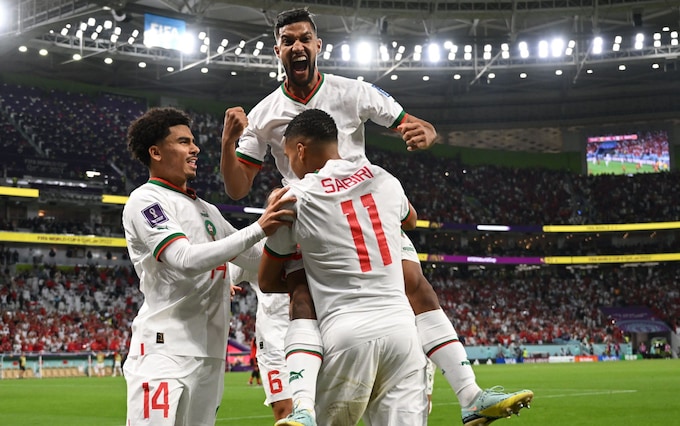 Morocco showed great tactical play and intensity as they kept Belgium at bay for the major part of the game and took the lead in the match with substitute Abdelhamid Sabiri’s free kick in the 73rd minute, which was similar to Hakim Ziyech’s freekick goal which was ruled out for offside during the extra time in the first half of the game.

The final 20 minutes of the match saw Belgium go attacking all the way in search of a goal, but Walid Regragui’s side held on firmly and also doubled their lead in injury time thanks to Zakaria Aboukhlal.

Earlier, Morocco was dealt a blow after the national anthems when goalkeeper Yassine Bounou appeared to gesture he would not be able to play. Belgium dominated the early exchanges. Sofiane Boufal almost broke the deadlock in the 57th minute after a jinking run but bent the ball narrowly wide of the far post.

Roberto Martinez Montoliu made two changes on the hour mark, replacing the ineffective Eden Hazard, who was really not in the mentality to win it for Belgium with Dries Mertens and bringing on Youri Tielemans for Amadou Onana in midfield. Mertens almost made an immediate impact when his strike from outside the area was beaten away by Moroccan goalkeeper Munir Mohamedi. 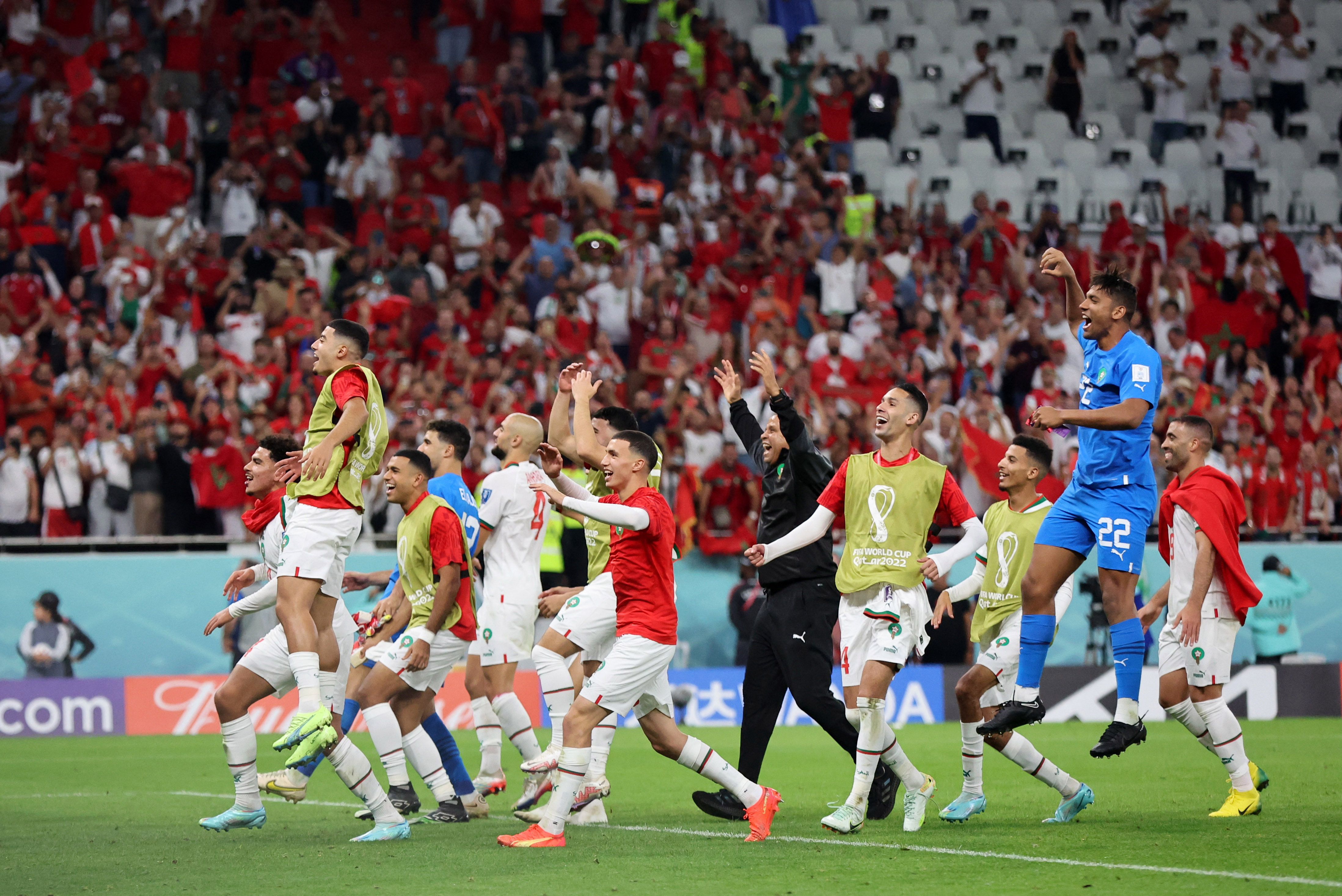 The first goal of the match came in the 73rd minute when Sabiri’s smart free kick just five minutes after coming on the bench, went under the hands of Belgian keeper Thibaut Courtois to spark the Moroccan fans as Belgium was witnessing a huge setback. Morocco then switched to a 5-4-1 formation to hold on to their lead, even Belgium’s last hope Lukaku wasn’t able to make any impact as Morocco was eager to defend at all costs. 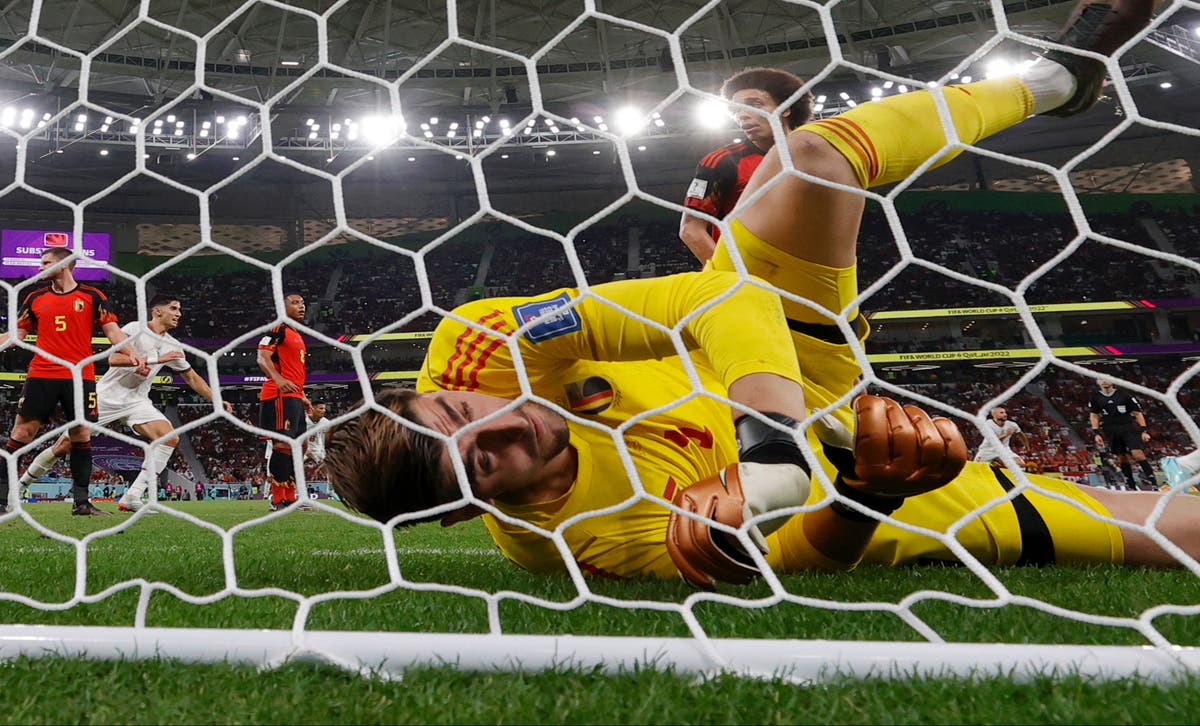 Belgium went into a pure aggressive attacking mode in the search of an equalizer, but in injury time, Morocco broke on the counter, and Ziyech assisted Aboukhlal, who fired into the top corner.

Morocco’s third win at the World Cup and they are now at the top of Group F. If they avoid defeat in their final game against Canada, they’ll seal their spot in the round of 16 for only the second time in their history.