Mohammed Shami has to pay alimony to wife: will have to give this big amount every month 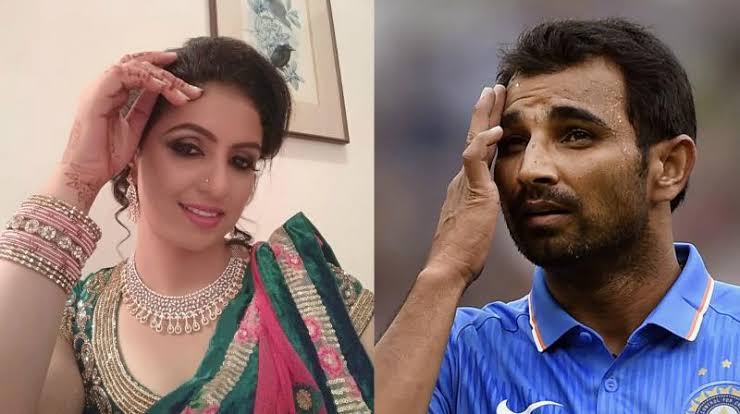 Team India’s fast bowler Mohammed Shami will have to pay alimony every month to his wife Hasin Jahan. The Lower Court of Kolkata gave this order on Monday.

This amount will be Rs 1 lakh 30 thousand, this includes Rs 50,000 for Hasin Jahan and Rs 80,000 for her daughter’s expenses. Both are living separately since 2018 and the divorce case is going on.

Hasin Jahan had filed a case in the court in 2018 demanding monthly maintenance of Rs 10 lakh. In this, Rs 7 lakh was his personal living allowance and Rs 3 lakh was the cost of maintenance of the daughter.

Hasin Jahan met Shami in the year 2011. During that time she used to do cheerleading for the IPL team Kolkata Knight Riders. Both got married in the year 2014, Hasin Jahan left modeling and acting after marriage.

In 2018, Jahan had leveled several allegations against Shami, including domestic violence and match-fixing. Since then both of them started living separately and since then the divorce case is going on. In 2018, Hasin Jahan stepped into her profession again.

Argument in the court – Shami’s income is Rs 7 crore, so he should get more allowance

Hasin’s lawyer Mriganka Mistry told the court that Shami’s annual income in 2020-21 was Rs 7 crore. On the basis of the same, alimony was demanded. His argument was that Rs 10 lakh alimony is not unreasonable.

Shami’s income tax return was also cited in the appeal. On this, Shami’s lawyer Selim Rahman claimed that Hasin Jahan herself is a professional fashion model. She is earning herself. That’s why this much alimony is not right.

Michael Clarke will not be a commentator in the IND vs AUS test series, because of this reason