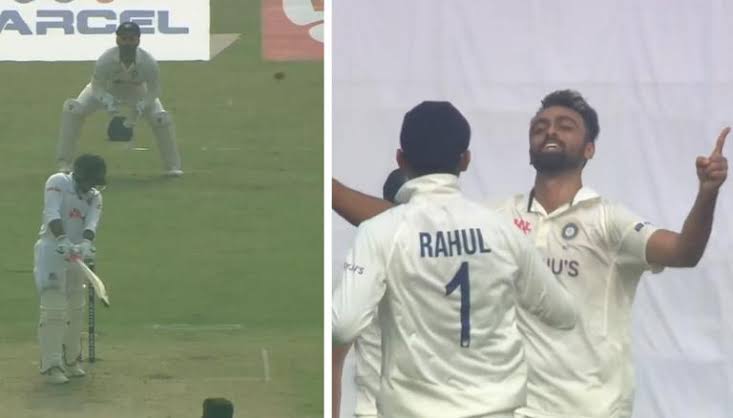 Fast bowler Jaydev Unadkat, returning to the Indian cricket test team after 12 years, got a chance to play in the second test match against Bangladesh (BAN vs IND). In the second Test match at the Sher-e Bangla Stadium in Dhaka, Jaydev bowled brilliantly and took 2 crucial wickets.

After taking the first wicket, a video of Jaidev celebrating in a special way is becoming increasingly viral. In this, he was seen hugging KL Rahul and getting emotional.

In fact, in the second Test match between Bangladesh and India (BAN vs IND), Bangladesh team captain Shakib Al Hasan won the toss and decided to bat first. In this match, Indian team captain KL Rahul included fast bowler Jaydev Unadkat in the playing XI. Unadkat made a comeback after 12 years and impressed everyone with his stellar performance.

Won the hearts of the audience on his return  –

Let us tell you that Jaydev Unadkat made his first Test debut for India on 16 December 2010, but at that time he could not get a single wicket.

As soon as he got a chance in the second Test match against Bangladesh, he showed his stamina and took 2 important wickets. At the same time, the spectators sitting in the stands welcomed him on his return by clapping.

Jaydev Unadkat bowled a dangerous bouncer to Bangladesh opener Zakir Hasan and Hasan looked uncomfortable on this ball and the ball went straight into the hands of KL Rahul.

After which Jaydev’s happiness knew no bounds and he was seen celebrating in a different way. Now its video is becoming increasingly viral on social media.

It can be seen in the viral video that Jaidev had a smile on his face after taking the wicket, but he looked emotional from inside. He also hugged KL Rahul during this. This scene impressed everyone. Along with this, Jaydev got Mushfiqur Rahim caught out by Pant.