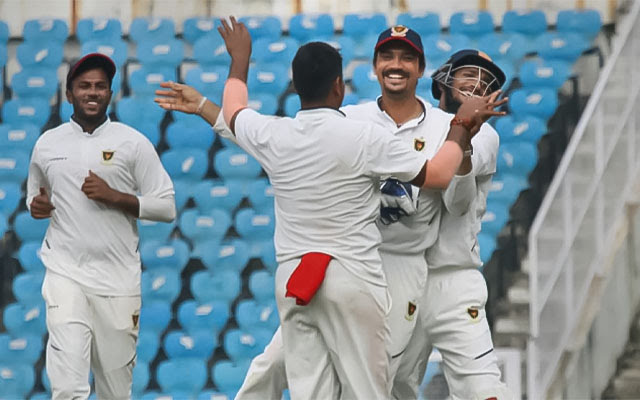 The Ranji Trophy match between  Punjab and Railways, which started on December 20 at Karnail Singh Stadium, was rescheduled on the second day after the playing field was declared “dangerous and unfit for play” by the match officials. The game has been rescheduled to a two-day game and will now be played on a new pitch on Thursday, December 22.

Before lunch on the second day, Punjab lost four wickets within eight overs and were reduced to 18/4. That is when the on-field umpires K Madanagopal and Rajeev Godaratook, after a discussion with match referee Youraj Singh, took the call to suspend the game and reschedule it. A total of 24 wickets fell in four sessions, of which the pacers took 20 wickets. Punjab skipper Mandeep Singh was surprised to see how the pitch acted.

“I have never seen anything like that. It was a green surface with visible cracks beneath it. Bowlers operating at 120-125 (kmph) were bowling like (Jasprit) Bumrah and (Mohammed) Shami. I was hit twice on the right thumb. Thankfully, there is no fracture,” Punjab captain Mandeep Singh said in an interview.

“During the lunch break, referee Youraj Singh called me and Karn and asked us if we want to continue playing. It was a mutual decision and then the match was called off. It will start afresh on Thursday and will be a two-day game. I have seen the other pitch as well and have my doubts. Let’s see what is in store for us,” he added.

Karnail Singh Stadium has previously been the subject of scrutiny. The venue was placed on a watch list by BCCI in 2011 for generating subpar pitches. After a committee found that local curators had purposefully under-prepared the wicket to aid Railways, it was banned from staging matches for two years, causing the squad to relocate to Bhubaneswar before their original home ground was revived in 2014.

Currently, a result may not be likely, which will have an impact on both sides’ chances of making it further in the competition. Due to poor lighting, Punjab’s opening match against Chandigarh was called off early, while Railways suffered a 194-run defeat against Vidarbha.