Heavy drama on the field, Siraj and Liton Das clashed, Kohli made fun of Bangladeshi batsman 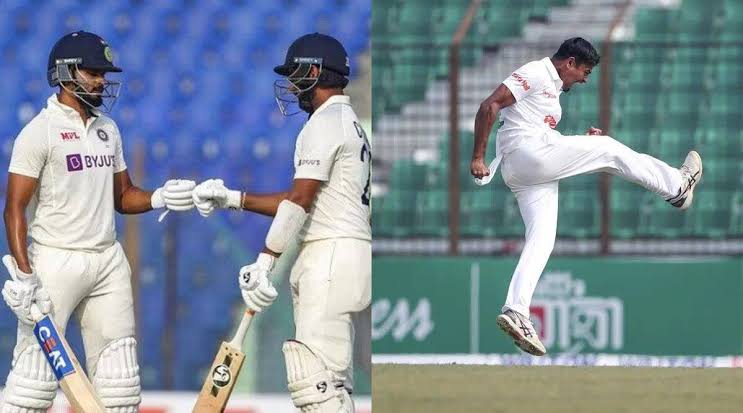 The first match of the two-match Test series between India and Bangladesh is being played in Chittagong. In this match, Team India has set a target of 513 runs against Bangladesh.

In response, the Bangladesh team has scored 42 runs without losing any wicket till the end of the third day’s play. In this match, there were several clashes between the players of both the teams. However, the most interesting incident happened between Mohammad Siraj and Liton Das.

In fact, on Thursday, when the Bangladesh team was batting in their first innings, Siraj and Liton Das clashed. In the 14th over, Siraj came to bowl and bowled a superb ball, on which Liton made a defensive shot.

After this Siraj came close to Liton and said something to him. Liton also started staring at this and made such an expression that he did not hear anything, speak again. Saying this, he had reached the half crease.

On this the umpire removed Liton. After this, Siraj bowled an in-swinger on the next ball which hit the stumps while beating Liton’s bat. At this, Siraj laughed out loud and teased Liton.

Not only this, Virat Kohli was also seen making fun of Liton Das. Kohli put his hand on his ear in the same fashion as Liton did at the time of Siraj. However, Liton did not say anything and he returned to the pavilion. After the end of the innings, Siraj revealed that he had told Liton to play it cool as it was not a T20I match.

Listen what did Mohammed Siraj said to Litton Das on the pitch?