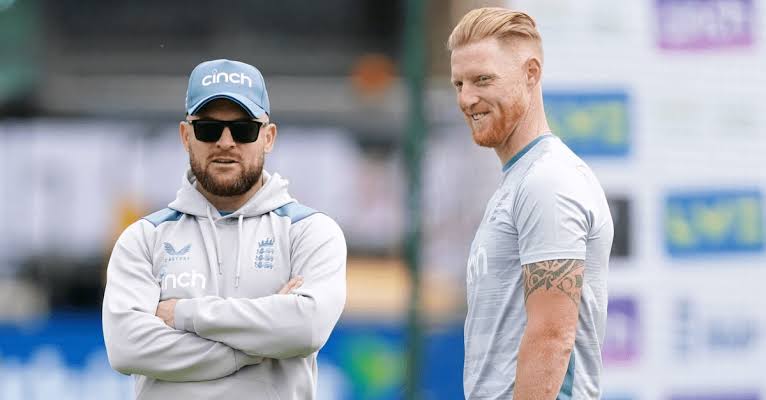 The England team is currently on a tour of Pakistan, where a three-match test series is going to be played between the two countries.

Before the third match of this series, there was a six hitting challenge between Ben Stokes and England coach Brendon McCullum. Its video is going viral on social media. Both faced 5-5 balls. The result that came later was surprising.

It may be noted that England and Pakistan are fully prepared for the final Test match to be held in Karachi. England have captured the series by defeating Pakistan in the first two Test matches.

In such a situation, there is no pressure on Team England. The team can play its natural game and has the guts to clean sweep by defeating Pakistan.

A surprising incident happened during the practice of the England team in Karachi. When there was a six-hitting challenge between England Test team head coach Brendon McCullum and captain Ben Stokes. Both faced 5-5 balls.

The surprising thing was that Stokes missed the first ball, while McCullum hit a six. When the result finally came, McCullum sent 4 out of 5 balls across the boundary. Whereas Stokes could do this only twice.