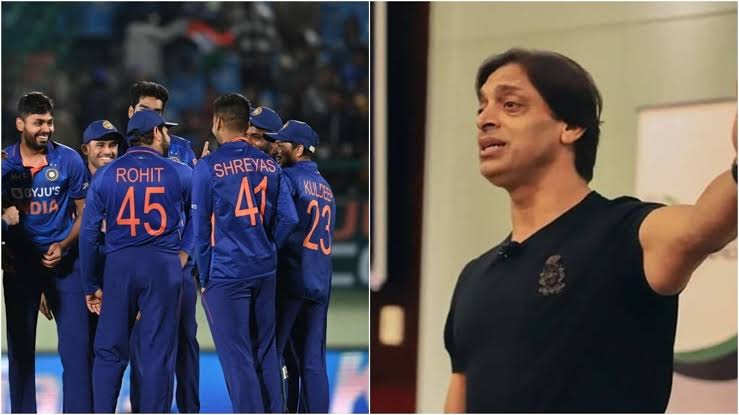 After registering two consecutive victories in the T20I World Cup, Team India had to face defeat by 5 wickets in the match against South Africa.

With this defeat, Team India has slipped to number 2 in the points table and South Africa has become the table topper. India’s batting did not work in front of South Africa’s Pace daughter and the team could score only 133 runs for the loss of 9 wickets in the allotted over. As a result, Team India had to face the first defeat of the T20I World Cup.

The Pakistan team was also sitting on this match between India and South Africa. He was confident that Team India would give wings to his hopes by registering a win but unfortunately it did not happen and India’s defeat closed almost all doors for Pakistan to reach the semi-finals.

Former Pakistan fast bowler Shoaib Akhtar was very disappointed with this defeat of Team India. He said through his YouTube channel that “India got us killed.”

He said that “Team India’s batsmen were completely exposed to the fast bowling of South Africa. If they had they played a little patiently, they could have scored 150.”

Akhtar said, “The journey ahead of the Pakistan team is almost over now but despite this, he will support his team. Not only this, considering the performance of South Africa, he also described them as the biggest contender for the World Cup.”

Team India still has two more matches to play. The team will first take on Bangladesh in Adelaide. This match will take place on November 2 while Team India will play against Zimbabwe in their last match of Super-12 on November 6. Now the team has a chance to win both the matches and finish on top of the points table.