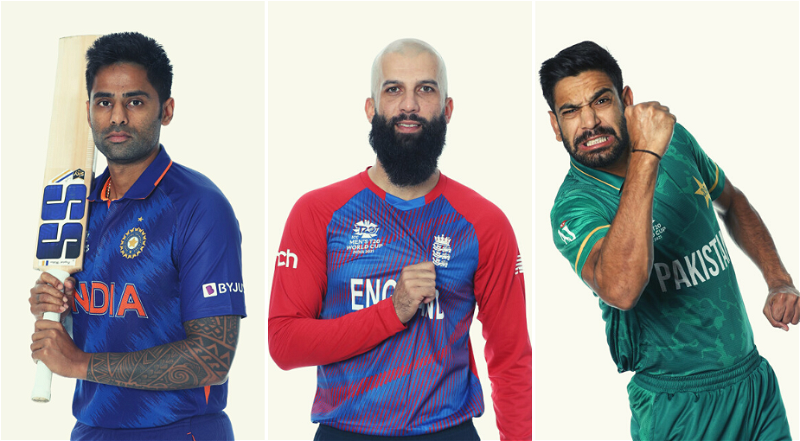 The ICC men’s T20 World Cup is over and England became the new world champions. England clinched the title defeating the overjoyed Pakistan by 5 wickets in a close encounter. Ben Stokes held his nerves to take his team home and Sam Curran was lethal with the ball in the first innings.  The fans witnessed some great performers in this tournament qnd we’ve tried to place our team of the ICC T20 World Cup 2022 , starring all the great performers of the tournament.

Alex Hales, the most destructive opener in this edition of the T20 World Cup. He becomes the first choice opener for us. He did not start the tournament as the team expected but was  brutal when it mattered the most. He scored 212 runs in 6 games at an average of 42. His innings against India in the semi final was the most entertaining inning.

Muhammad Rizwan didn’t showcase his best performance in this tournament but still manages to be the part of this team. He had an up and down tournament.  He scored a fifty in the semi finals against New Zealand and played two decent innings against Bangladesh and Netherlands.

Virat Kohli was on top song in this T20 World Cup. He did not had much runs in the past couple of years. His innings of 84* against Pakistan in the opening encounter was a high quality innings and will be remembered for ages. He remained the highest scorer of the tournament with 296 runs at an average of 98.67. He remained unbeaten inn 3 innings out of 6.

Suryakumar Yadav was the most surprising element for the game. His unique style of batting amazed everyone. He played at a strike rate of nearly 200 in each game. He has the ability to play shots all around the park. He scored 239 runs and was the 3rd highest scorer in the T20 World Cup 2022.

Jos Buttler , the T20 specialist was on top form in this world cup. He gave decent start to his side. His captaincy was excellent throughout the tournament. He was overall good with the bat. He also took some unbelievable catches behind the stumps.

Sikander Raza from Zimbabwe makes his place in this team after his phenomenal performances in the world cup 2022. He had a great run in this tournament.  His all round performance made sure that Zimbabwe gave tough fight their opponents.  Zimbabwe defeated Pakistan in the Super 12 stage , courtesy Sikander Raza with his 3 wickets at crucial stage.

Shadab Khan was excellent both with the bat and ball. He deliveried some great performances in this world cup. A fifty against high quality South African side in a tough situation.  He picked up wickets at regular intervals and kept the scoring rate under control.

Sam Curran was the hero for the English team in the t20 world cup 2022. He was the second highest wicket taker in the tournament with 13 wickets.  He picked a fifer against Afghanistan.  His 3 wicket haul in the finals kept Pakistan below 140 . He was also the Player of the Tournament.

Haris Rauf was superfast  in his bowling. He kept touching the 150 mark in the tournament.  He was one of the reasons behind Pakistan reaching the finals. He didn’t pick much wickets and kept the scoring rate under control and made pressure on the batters.

Arshdeep Singh’s impressive performance in the T20 World Cup 2022 in Australia has been rewarded with a career-best ranking of 23 in the ICC T20I rankings for bowlers . Arshdeep has been the pick of the bowlers for India in the tournament. He has been the top find for India.

Shaheen Shah Afridi didn’t performed as per expectations in the first two games. But returned to his form against South Africa. He made 11 scalps in this world cup at an average of 14.  He picked up 4 wickets against Bangladesh in the must win game.