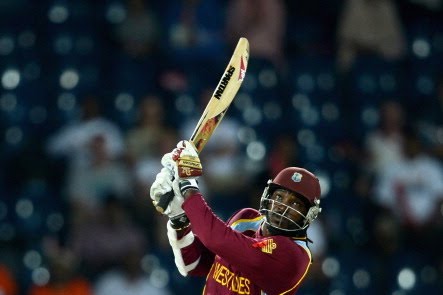 The introduction of limited overs cricket in the game’s modern era has undoubtedly revolutionized the game.

Many batsmen around the world now strike fear into the hearts of bowlers, such is their ferocious hitting and ability to send the ball into the stands.

In this article, we’ll look at the most prolific six-hitters in the game’s history. By combining Test, ODI and T20I records, we identify the most brutal batters. 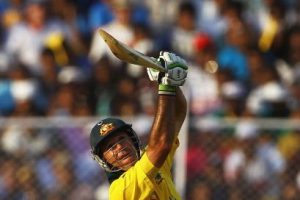 One of the greatest batsmen of all time, as well as his country’s most prolific, Ricky Ponting could also give the ball a ride when he wanted to.

A devastating hook shot racked up plenty of sixes for the Australian captain, but it was his footwork against the spinners that did the most damage.

Shuffling down the wicket in a flash, Ponting would effortlessly launch the ball high into the stands down the ground, best showcased in his mauling of India in the 2003 World Cup final.

Another fine example was his incredible 164 off 105 deliveries in that record-breaking match against South Africa in Johannesburg in 2006. 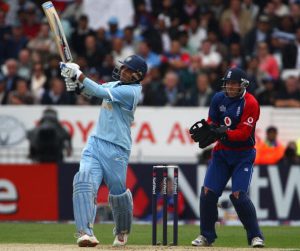 A batsman with a blend of touch and power, Sourav Ganguly was one of the cleanest strikers of the cricket ball in his generation.

At his best, his style was effortless, able to clear the boundary with an apparent flick of the wrists. But Ganguly could also be brutal.

His ODI best of 183 against Sri Lanka in the 1999 World Cup is regarded as one of the finest limited overs innings in history, while his 141 not out against South Africa in 2000 is considered not far behind.

One of India’s finest and most destructive batsmen of all time. 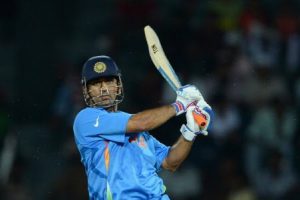 Quite possibly the king of modern limited-overs cricket, MS Dhoni is set to rapidly rise up this list in the coming years.

His unorthodox style, combined with his immense power has made the Indian keeper-batsman among the most feared cricketers on the planet at present.

Fresh off hitting five sixes in one over in the ongoing Champions League Twenty20, Dhoni’s best can be simply breathtaking.

His savage 183 not out off 145 balls against Sri Lanka in 2005 contained 10 towering sixes and remains his finest performance in the international arena.

With a number of years still remaining in his career, expect Dhoni to feature higher on this list by career’s end. 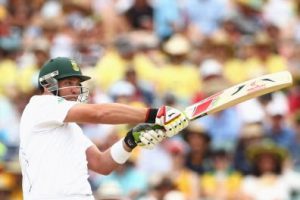 A rather surprising member of this group, Jacques Kallis finds himself seventh on the list of the top six-hitters in the game’s history.

Although the South African owns the slowest career strike rate among the men on this list, Kallis has struck more sixes in fewer innings than Ricky Ponting.

Perhaps his penchant for constructing long, steady innings has clouded the perception regarding his ability to deliver the killer blow.

Yet what is undoubtable is Kallis’ impeccable timing that has led to his capacity to effortlessly send the ball high over the fence. His fives sixes in an unbeaten hundred against the West Indies in 2004 was a perfect example, so too his 128 not out against the Netherlands in 2007. 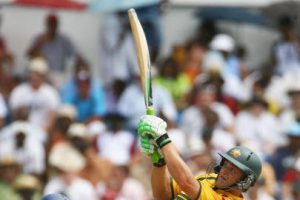 The most destructive Australian batsman of all time, Adam Gilchrist was an absolute certainty to feature on this list.

His 57-ball Ashes hundred in Perth in 2006 is the second-fastest Test hundred of all time, while his 204 not out against South Africa in 2002 was the fastest double hundred ever scored at the time.

In the ODI arena, he was even more brutal.

Gilchrist’s 149 in the 2007 World Cup final against Sri Lanka was the most unforgettable of all his limited overs innings, yet there were countless others that shattered the careers of bowlers all over the globe. 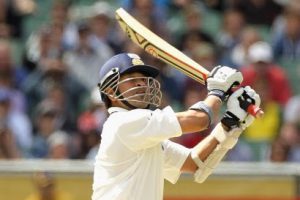 The greatest batsmen of his generation and perhaps the second greatest of all time, Sachin Tendulkar was always going to find himself on this list.

None of his contemporaries possessed his balance, his textbook technique or his subtle, elegant power.

His ability to hit sixes to all corners of the ground from traditional, pure stroke-play is unparalleled. Tendulkar could pull, hook and cut off the back foot to clear the fence, but he could just as easily flick the ball into the stands from an array of front foot strokes.

His 200 not out against South Africa is one of only two ODI double hundreds ever recorded, yet nearly all of his staggering 49 limited overs centuries contained pieces of brilliance few others could match. 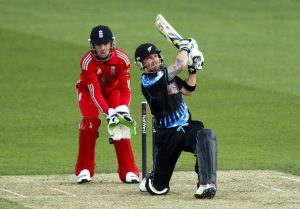 As unconventional as he is brutal, Brendon McCullum comfortably walks into this list.

His ability to simply humiliate bowling attacks has been demonstrated all around the world, seeing him become the highest run scorer in the international Twenty20 arena and the only player to register two hundreds in the format internationally.

While his subtle improvisations can be beautiful to watch, it’s his merciless hitting down the ground and over the leg side that captivates crowds the most.

At his best, he’s simply unstoppable. 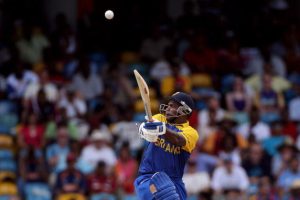 A pioneer of modern batting, Sanath Jayasuriya was one of the men responsible for changing the way ODI cricket was played.

His dashing approach at the top of Sri Lanka’s innings in the mid to late 1990s was as revolutionary as it was breathtaking.

Jayasuriya’s batting led his team to World Cup glory in 1996, from that point on being recognised among the most lethal batsmen to have ever played the game.

His 134 from just 65 balls against Pakistan in 1996 included 11 sixes, a record that stood for 12 years in international cricket.

Jayasuriya is a colossus of the ODI arena. 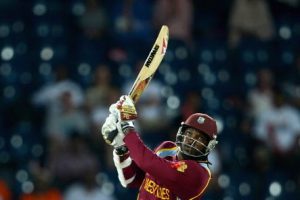 No man has embraced the Twenty20 game more than Chris Gayle

A man of unparalleled size and strength among international batsmen, Gayle has an ability to clear the fence that perhaps surpasses all others.

His ratio of sixes hit to games played is the highest mark in cricket’s history, while he’s the owner of the fastest hundred ever struck in the game’s history after reaching the milestone from just 30 balls during the 2013 IPL.

His 117 from 57 balls versus South Africa in 2010 was the first hundred in Twenty20 internationals and a perfect example of his destructive ways. 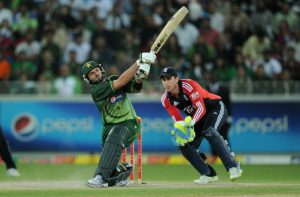 Like Jayasuriya, Afridi was among the first men to embrace the change in mentality towards batting during the mid 1990s.

While his performances are more unpredictable than any other player in the game, his irregular innings of substance always leave a path of destruction.

Known affectionately as “Boom Boom,” Afridi’s list of rapid innings is unrivalled, so too his combined international strike rate of 110.72.

Although he can be infuriating to watch at times, Afridi is absolutely captivating when he gets it right.