Skip to content
Cricket News IPL 2023 News outside the field

This player will decide whether Cameron Green will play in IPL or not, Pat Cummins revealed the secret 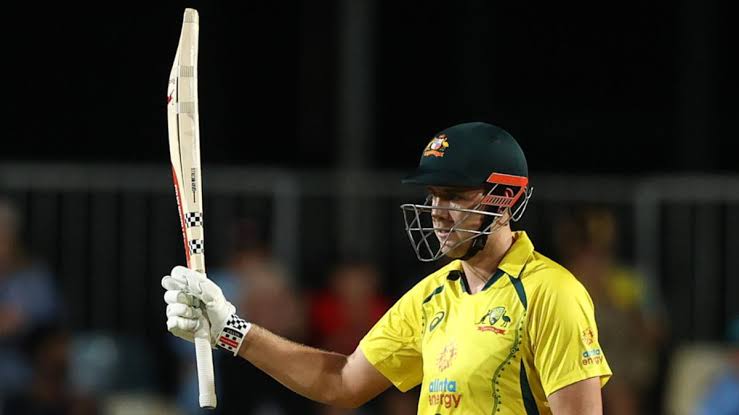 The mini auction of IPL 2023 will be held on 23 December. This time many big players will be auctioned. These will include legendary cricketers like Kane Williamson, Dwayne Bravo. Discussions are also going on about Australian all-rounder Cameron Green participating in the IPL.

Australia captain Pat Cummins has made a big disclosure on the question of Cameron Green playing IPL. Pat Cummins says he would like Cameron Green to channelize all his energy into playing for the national team but would not take away the young all-rounder’s chance to play in the IPL.

He can open in Warner’s absence –

It is believed that in the future of Australian cricket, David can start the innings in the absence of Warner. Green had impressed on the recent tour of India.

He scored two blistering half-centuries and scored at an average of 39.22. If Green decides to take part in next month’s IPL auction, his power-hitting and bowling is likely to fetch a huge bid.

Cummins said in a conversation with SEN Radio, “Yes, possibly Green’s name will be included in the IPL auction. We will wait and see, I think there is still time in the auction, but as a captain, I would like him to save all his energy for Australia.”

It may be noted that Pat Cummins has withdrawn his name from the IPL due to Australia’s busy schedule. Australia will come to India in February-March next year to play Test cricket.

After that, from June 16 to July 31, he will play the Ashes series against England. After this, preparations will be started for the One Day World Cup to be held in India in October-November.