Skip to content
Cricket News News outside the field

Danushka Gunathilaka got bail with these conditions, the cricketer was lodged in Sydney jail 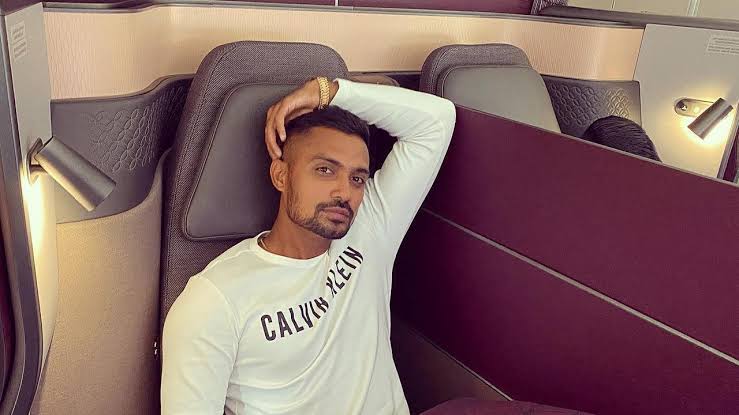 Sri Lankan all-rounder Danushka Gunaratne, lodged in a Sydney jail, has finally got bail with certain conditions. He has been charged with four counts of having sex without consent. However, according to Cricinfo, the use of his media account has been banned.

Danushka Gunathilaka was arrested from Sydney during the T20I World Cup. He is accused of rape. Magistrate Janet Wahlquist granted him bail on Thursday. However, his bail was opposed by the police but he was granted bail with certain conditions.

Gunathilaka was out of T20I World Cup –

Gunathilaka, who has been playing white-ball cricket for Sri Lanka since 2007, has so far played 47 ODIs and 46 T20Is and 8 Test matches for his country.

He was also a part of the team in the T20I World Cup but was ruled out on 19 October due to a hamstring injury. Despite this, he went to Australia with the team as a standby player.

Earlier on November 7, his bail application was rejected. At that time his lawyer Anand Amarnath had said that this decision is disappointing for him and now he will appeal in the New South Wales Supreme Court and now he has got bail.

Taking major action against Danushka Gunathilaka on behalf of the Sri Lanka Cricket Board, he was suspended for all forms of cricket. Along with this, it was also said by the board that they will not be considered for selection with immediate effect.

It was further stated by the board that necessary necessary steps will be taken against him further. The Sri Lankan board fully stands with Australia by adopting zero tolerance on such incidents.