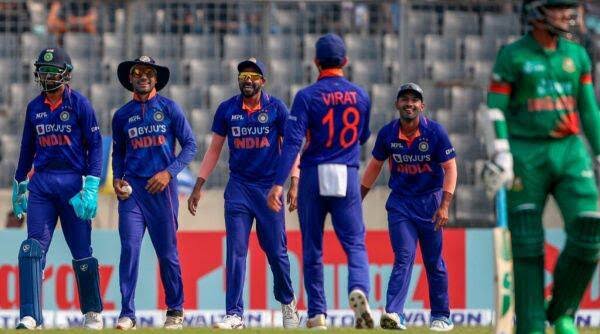 India won the third and last match played in Chittagong by a huge margin of 227 runs. Talking about ODI cricket history, it was the third biggest win by Team India. However, despite winning the match, Team India had to lose the series 1-2.

Team India may have lost this series, but Ishan Kishan and Virat Kohli’s innings made many such records in this match, due to which this match became memorable forever and got recorded in the pages of history. We will learn about some such records made in IPL and understand why we should always remember this match.

In this match, in the absence of Rohit Sharma, Ishan Kishan got a chance to play in the playing eleven. He grabbed this opportunity with both hands and added a memorable page to his name in Indian cricket. Kishan broke Chris Gayle’s record by scoring 200 runs in just 126 balls.

Now the record of scoring the fastest double century is in the name of Ishan Kishan. He played an inning of 210 runs in 131 balls in this match. He hit 24 fours and 10 sixes in his innings.

Virat Kohli scored a century in ODI cricket after 2019 in this match. He played an inning of 113 runs off 91 balls. In this innings he hit 11 fours and 2 sixes.

Virat Kohli has now become the batsman who has scored the most runs on the soil of Bangladesh. He left behind Sri Lankan wicket-keeper batsman Kumar Sangakkara. Kohli now has 1,097 runs to his name. Sangakkara is at number two with 1,045 runs.