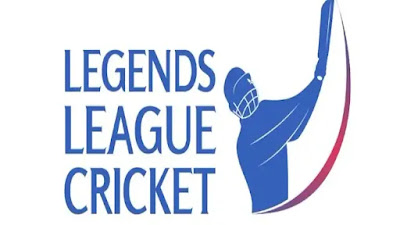 New Delhi, January 23, 2022: Legends League Cricket today announced participation from six more legends for LLC Masters season to be played in Qatar from February 27 to March 08, 2023. Legends from 12 nations are playing during LLC Masters this year.

The list of confirmed players includes Chris Gayle, Irfan Pathan, Asghar Afghan and Monty Panesar. Some statistics shows that Kevin O’Brien  and Shane Watson have been amongst the most successful player. Kevin has played for both the seasons and confirmed for LLC Masters as well. He has scored 374 runs in 11 matches with a highest of 106. Watson has played only 4 matches and scored 141 runs with a strike rate of almost 164.

Upul Tharanga said,“It was really a great experience playing first season of Legends League Cricket as playing with other legends have nostalgic feelings of playing for the country.”

Kevin O’Brien said, “Having played both seasons, I am so excited to once again showcase my skills and talent and play some really competitive cricket. I look forward to performing well for my team at LLC Masters.”

Ashoke Dinda said, “The last season in India was really good for me as far as my performance was concerned. I look forward to enjoy the game during LLC Masters as well.”

Shane Watson said, “I carry some special memories from last season and hope to create more while entertaining our fans.”

Albie Morkel said, “I am very excited to be part of the Legends again. Looking forward to the tournament in Qatar.”

Rajin Saleh said, “I am following the Legends League Cricket. I am looking forward to some quality cricket during LLC Masters, considering the seriousness for the last seasons.”

Raman Raheja, Co-Founder & CEO, Legends League Cricket said, “The player’s pool is getting bigger for LLC Masters. We are going to witness some old rivalries and good competitive cricket this season. We will soon be announcing schedule for the matches in the coming days.”