Shane Watson: The most underappreciated cricketer of all time

“If I’m judging cricketers, I like to judge them when they’re under pressure and how they perform” said Steve Smith in “The Test” which was a series about Australia’s current team. If one has to judge Shane Watson then it would be safe to call him one of the most impactful players of all time. He was someone who never got the credit he deserved, Never got the support of the Australian fans and never really got the limelight he deserved. Despite all the critics and trolls he always delivered under pressure. Like Steve Smith if we judge a player based on his performance in the toughest situations and how he performs under pressure then it would be safe to call Shane Watson as one of the best.

Shane Watson generally known as “Watto” made his debut in 2002. Ricky Ponting and Australia back then were obsessed with selecting all-rounders due to which Watson was given a chance. Despite his moderate results he struggled to be a regular as injuries kept on haunting him. His ODI performance lead to his Test debut, However he had to wait for another 2 years to play the longest version of the game due to his injuries. Post a few obstacles he went on to cement a spot in the Australian team and became a vital cog. He was versatile in nature and could open the innings, Bat in the middle order, Bowl in the middle overs as well as bowl at the death. He was a street smart cricketer and knew how to get the job done, Be it with the bat or with the bowl. While other players dreamt of winning an ICC trophy he won many ICC trophies all by himself. Australia would not have won the World Cup in 2007 and the Champions trophy in 2006 as well as in 2009 if not for him. He is the only player to score a 100 in the semis as well as in the finals of a single tournament. He did that in the 2006 CT, He was the man of the match in both the final matches of the 2006 and 2009 CT as well. If there was any room for criticism it was his performance in the longest version of the game as he often struggled in Test cricket and often fell pray to LBW shouts. Despite all of that he still had a few good knocks in that format and was a handy 5th bowler. He was asked to open in the Ashes early on and didn’t disappoint but later on struggled and lost his spot as an opener. He then played as a middle order batsman in the longest form. Despite his struggle in Test cricket his records and performances in the other 2 formats were unreal and always performed for his team when it mattered the most. It was safe to call him one of the greatest T20I player and unarguably the greatest T20I all-rounder of all time. He is the only player to in 4 back to back man of the match awards in ICC tournament and was also the man of the series in the 2012 T20I World Cup. 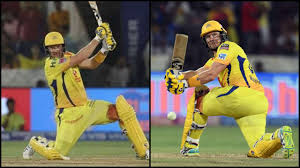 The 2015 ODI World Cup which was won by Australia saw Watto guiding the Aussies to the semis as he faced one of the toughest spells against Pakistan and Riaz only to hold his nerves and win them the Quarter- Final. As we speak he has won the 2nd most number of matches in ICC trophies and his ODI and T20I records suggest him to be the best all-rounder in both the formats. He has two World Cup trophies and two Champions Trophy tournaments to his name. He was one of the biggest contributors in all the successful tournaments. His achievements in T20 leagues were unmatched as well. He has been one of the best players in various T20 leagues and was the first player to win two man of the series awards in the IPL. Synonyms fail to define his legacy, One of the greatest all-rounders of all time, One of the most impactful players of all time, One of the greatest players under pressure and arguably the greatest match winner of all time. He was someone who was there for his team in the toughest of toughest situations. He was Ausralia’s watchful protector, Their silent guardian…He was a dark knight . Team Cricketkeeda wishes Shane Watson a very happy birthday!!!!!

Kohli and Hitman Rohit will return to action, know the schedule of INDvsBAN series