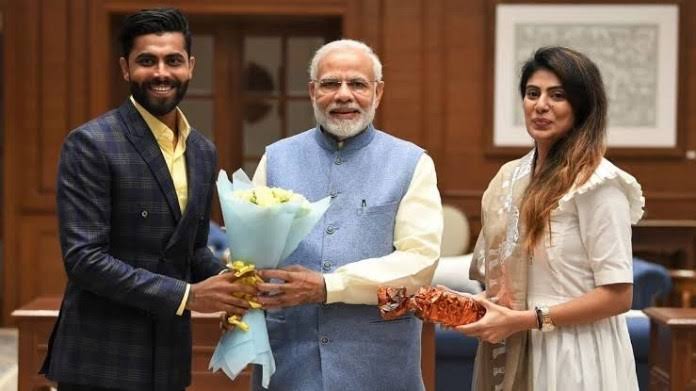 Ravindra Jadeja is an important member of Team India and he does amazing work for the team in all the three fields of bowling, batsman and fielding.

Although Ravindra Jadeja was injured during the Asia Cup 2022 and he could not be a part of the Indian team in the T20I World Cup 2022, but he has been selected in the Indian Test and ODI squad for the tour of Bangladesh. If Jadeja is fully fit by then, he will be seen in action against Bangladesh.

These days Ravindra Jadeja is trying to regain his fitness after a knee operation and recently he mentioned a wonderful incident in which PM Modi and former Team India captain MS Dhoni were also involved.

Free Press General has posted a video in which Ravindra Jadeja is narrating the conversation that took place between PM Modi and MS Dhoni. Jadeja said that I first met PM Narendra Modi in the year 2010 when he was the Chief Minister of Gujarat.

Jadeja further said that the Indian team had played a match against South Africa at the Motera Stadium. At that time the captain of the Indian team was MS Dhoni and Mahi Bhai had introduced me to him.

After that Modi Sahab said,”Apna ladka hai” Jadeja said that “you feel special when a person of such stature says this about you personally. When he said this, I felt very it was nice.”

After this there were reports that all is not well between Jadeja and CSK franchise, but CSK retained Jadeja in their team for IPL 2023 and he will be seen playing in this team next season.